A case before the court will determine whether immigrants have access to a bond hearing to justify detention, and whether advocates can use a critical tool to bring them relief. 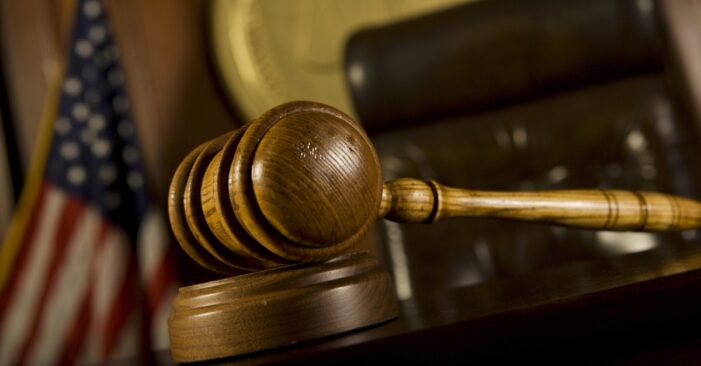 On January 11, the U.S. Supreme Court heard arguments in Garland v. Gonzalez, the latest in a series of cases the court has taken on immigration detention. The case presents a basic question: whether the federal government can lock immigrants up, for months or even years, without a hearing to determine if their detention is justified. And the Biden administration is decidedly on the wrong side of this fight.

The plaintiffs in Gonzalez are all people who were previously deported from the U.S., but came back because they faced persecution or torture in their countries of origin. One plaintiff, Arturo Martinez, was kidnapped by police officers after being deported to Mexico, tortured, and held for ransom. Another, Eduardo Gutierrez, was tortured by gang members because of his sexual orientation.

Arturo, Eduardo, and others like them were all screened by an asylum officer upon their return to the U.S.; all were found to have a bona fide claim to protection, and all were referred for legal proceedings to decide their protection claims. Under the immigration laws, they were legally entitled to remain in the country while their cases were being heard. But because of court backlogs, cases can take years to conclude, meaning that people are routinely detained for extremely long periods of time.

The issue before the Supreme Court is what process people like Arturo and Eduardo are entitled to, in order to determine if they should stay locked up or can be safely released to their families and communities. In the preceding decision, the Ninth Circuit interpreted the detention laws to require a bond hearing before an immigration judge after six months, based on its recognition that prolonged detention without a hearing raises serious due process concerns. This follows from long standing Supreme Court precedent recognizing that when it comes to civil detention, the touchstone for due process is a hearing before a neutral decision-maker to decide if someone’s imprisonment is justified. These protections are all the more critical when the government locks people up for months or years.

Yet despite its pledge to deliver a fair and humane immigration system, the Biden administration does not see things the same way. Instead, the Department of Justice argues that no hearings are required here because immigrants get paper “file reviews,” done solely by ICE — the jailer. But we know from experience that an ICE “file review” is no substitute for a hearing before a judge. Instead, ICE uses these reviews to rubber stamp detention for months or years, based on arbitrary reasons, or no reasons at all.

Even worse, denying people bond hearings can have life-threatening consequences. ICE’s record of abuse, neglect, and death makes clear that detention is dangerous — a fact that has only become clearer during the COVID-19 pandemic. Ultimately, because detention cannot be made safe and humane, ICE must shut down its mass detention machine. But in the meantime, the government must at least provide due process to ensure that people are given a meaningful chance at release.

Beyond the denial of bond hearings, there is another way in which the Biden administration has picked the wrong side of this fight. The administration argues that a provision of the immigration laws prevents federal courts from entering a standard form of relief in civil rights cases — a class-wide injunction — in cases challenging the government’s detention and deportation practices. Practically, this is a systemic attack on immigrants’ rights.

The overwhelming majority of detained immigrants do not have lawyers, are unfamiliar with U.S. law, and often lack English language proficiency. These barriers to entry mean that most immigrants have no idea what legal claims they may have when their rights are abused, much less the resources to file individual lawsuits. Class actions and class-wide injunctions have thus been essential tools for advocates and courts to ensure that the government follows the law in its treatment of immigrants — tools that the Biden administration now wants eliminated. An administration that’s committed to fairness has no business trying to strip immigrant communities of one of the primary bulwarks for their rights. To say that the Biden administration is punching down is an understatement.

After the horrors of the prior administration, we had hoped for a Biden administration that would choose the right side of history and be serious about protecting immigrant communities. Instead, Gonzalez is yet another disappointment. But no matter what, the ACLU stands ready to fight for a future America where immigrants have the same rights, dignity, and freedom as everyone else — especially when their government fails them.