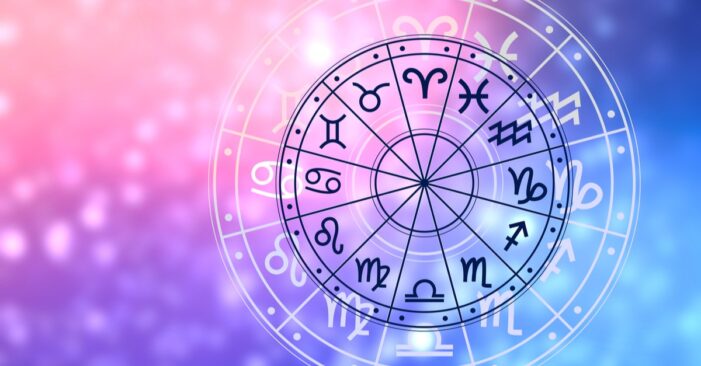 The Wisdom of Horoscopes and Can They Really Predict the Future?

Wisdom has been defined as is the key to unlocking the power and freedom of your own inner being and fulfilling the life you were born to live. Perhaps this is why for many, horoscopes seem to provide wisdom, some sought of insight into one’s inner being. For centuries, increasing numbers of people are entranced by the fascinating concept of horoscopes; recently, there has been an increase with millennials. However, there continues to be groups of naysayers who disregard the concept completely. These people condemn horoscopes because of their vague and illogical predictions, but the majority of millennials disregard this widely known notion. The debate around horoscopes and astrology is based mainly on the castigation of those who believe in the powers of astrology by those who disagree. Supporters of astrology tend to be stigmatized for being “cringey” because of their trust in the concept. They typically turn to horoscopes when looking for potential partners to see if their “signs” would match, which is seen as strange to anyone who chooses to see potentials partners as another person instead of a constellation.

Horoscope, derived from the Greek word: ​hōroskopos meaning “time observer,” is an astrological chart that maps the position of the sun, moon, and planets at particular angles at a specific moment in time, such as a birth date. This chart is used by astrologers to interpret different meanings based on the position of the sun. At birth, the sun is placed within the twelve zodiac signs which astrologers use to classify their interpretations on the people who are born during the time the sun is in an area during a certain amount of time. These meanings are what you typically see in newspaper articles or magazines, and are what we commonly define as horoscopes.

Although astrologers are typically the people who study the stars and interpret them, with a little experience and calculations, anyone can write horoscopes. You might think they start writing their predictions by looking up at the stars at night and having some sort of revelation, but it’s a bit more complicated than that. By learning the symbolism and language of astrology, writers can use astrological charts to find irregularities or changes in the positions of the planets and stars for each sign and associate those changes with categories such as communication or emotion; categories that are chosen based on their relevance to what the general public would want to know about their future. Many horoscope columns are written by astrologers or people who have studied astrology or have worked with an astrologist to make their predictions. However, horoscopes are not regulated for accuracy which allows many unprofessional columns to exist, just one of the reasons why so many people oppose them.

Horoscopes are typically written to be extremely vague so anyone can relate to the predictions. So why do many people continue to use them? Do they really believe horoscopes can predict the future? ​In my own opinion: No, horoscopes aren’t made to predict the future, nor do I believe they can. But I love reading horoscopes because of how fascinating and accurate they are for my life. I don’t believe they work for anyone else but when I read my favorite monthly (and sometimes daily) horoscopes, I’m surprised at how much I can relate to the predictions. Even the results of my natal chart (a map of all the planets’ position around the sun on the exact day and time you were born) perfectly reflects my personality, as well as my goals in life. I read the results from time to time to remind myself of who I am and what my goals are, and that is why many people respect horoscopes to such a great extent. It’s a perfect tool for self-awareness, and even brings people hope when they read their prediction in the morning that they are going to have a great day.

Confucius said: There are three methods to gaining wisdom. The first is reflection, which is the highest. The second is limitation, which is the easiest. The third is experience, which is the bitterest. Remember, the beginning of true wisdom is that of understanding: that of human beings as well as understanding your own. We can have all the knowledge in the world and do nothing or little with it. At the end of the day or should I say the beginning, wisdom is knowledge, rightly applied.