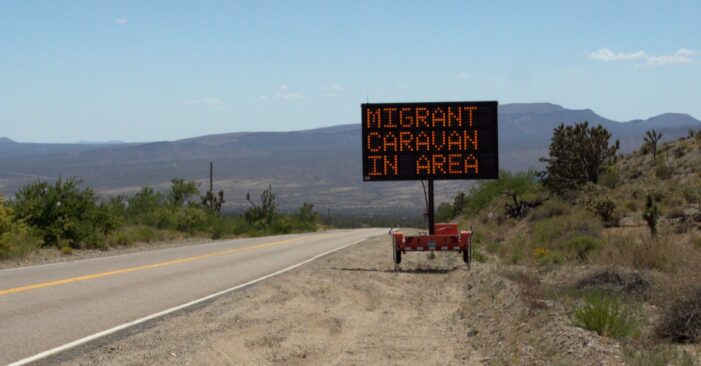 Judging by recent events on various fronts, from immigration to abortion and voting rights, it seems that the hand of Donald Trump and his Republican accomplices are scoring victories, even if they control neither the White House nor Congress.

In the same way that Covid-19 mutates into increasingly contagious and difficult-to-control variants, the virus that Trump injected into politics and society at the national and state levels continues to spread with the possibility of dire consequences.

On immigration, for example, while some of Trump’s most onerous administrative measures have been reversed by President Joe Biden, others have remained. Last month a federal district judge in Texas, Matthew Kacsmaryk, appointed by Trump, forced the government to restore the Migrant Protection Protocols (MPP) program, also known as the “Stay in Mexico” rule, which requires Asylum seekers to remain in the neighboring country until their requests are processed. The case that led to the ruling was brought by Texas Attorney Ken Paxton, a Trump ally and accused of fraud. Many asylum seekers have been assaulted, raped, kidnapped, and some have even died.

Trump, his lieutenants like the nefarious Stephen Miller, and his Republican henchmen in Congress must be celebrating the permanence of their hateful immigration policies.

And to that must be added recent events on other issues.

At the national level, measures that seek to restrict the vote of minorities continue to proliferate, putting obstacles in the exercise of the right to vote, and everything stems from Trump’s Big Lie that he lost the 2020 elections because there was “fraud”. That lie degenerated into a riot on January 6 in the federal Capitol, where there were deaths and even months later some of the policemen attacked by Trump’s mobs ended up committing suicide. Since they did not win the general election, the Republican plan is to prevent minorities from voting. Texas law is one of the most dire in that sense, although they have been spreading across the country just like Covid.

And the most recent is the Texas law that restricts the right to abortion, a law that was endorsed by the majority in the Supreme Court of the nation, thanks to the judges nominated by Trump, whose tentacles continue to hurt despite not being in the White House.

Biden didn’t just inherit a country in the midst of a pandemic mishandled by Trump and with a battered economy. Added to this is the debacle in Afghanistan over a withdrawal agreement negotiated by Trump with the Taliban that Biden had to implement and that, in doing so, made gross miscalculations that have affected hundreds of thousands of Afghans who cooperated with States. United in times of war.

Now Democrats also face laws that directly affect voters who traditionally support them, such as restricting the vote, and an electoral bloc, women, when it comes to their reproductive rights.

Not to mention that the promise of immigration reform continues to be difficult.

In the same way that we know that at some point the Covid will be controlled, but that it will take time, the virus and the poison of the policies of Trump and the Republicans will continue to infect the political process. The big question is for how long and if this can be counteracted. There is no vaccine for that.