Courts are Beginning to Admit That Some Immigration Laws are Racist 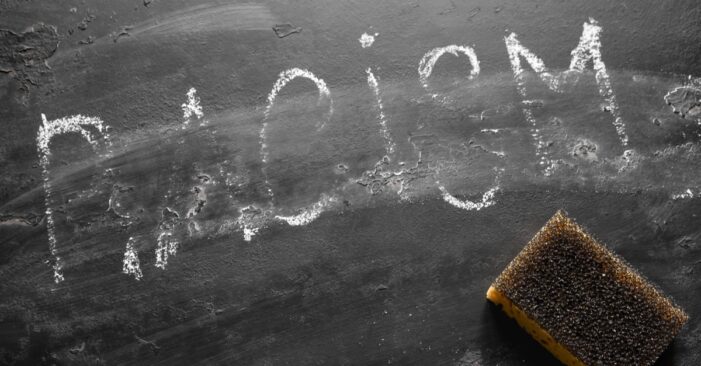 (Reuters) – A federal judge in Nevada ruled for the first time last week that a longstanding law that makes it a felony to reenter the United States after deportation is unconstitutional because it’s explicitly racist in its origins.

Federal laws make it a misdemeanor to enter the country without permission and a felony to reenter, punishable by up to six months in prison for entry and up to 20 years for reentry. Today, illegal entry and reentry are the most prosecuted crimes in federal courts, according to federal caseload statistics from the Administrative Office of the U.S. Courts from 2008-2019.

Judge Miranda Du of the U.S. District Court for the District of Nevada dismissed on Aug. 18 a case against Gustavo Carrillo-Lopez, who was indicted for being in the U.S. after previously being deported. Du held that Carrillo-Lopez had shown that the reentry law was “enacted with a discriminatory purpose and that the law has a disparate impact on Latinx persons.” The government failed to show it “would have been enacted absent racial animus.”

The ruling is a momentous judicial acknowledgment of the plainly racist and nativist underpinnings of laws, like the Immigration and Nationality Act of 1952, that criminalize reentry. It marks a rare admission by the courts that foundational elements of the federal immigration machinery – enforcement processes we now take for granted – actually clash with constitutional equal protection guarantees, and perpetuate a stigmatizing disparate impact on Latinos and Hispanic people.

It’s also a recognition that courts can and should strike down laws motivated by bias, especially given the prevalence of approaches to law enforcement that are inextricably linked to race and identity, like drug-crime sentencing.

Judge Michael Simon of the U.S. District Court for the District of Oregon said in a ruling earlier this month that he was “unaware of any federal appellate decision holding that a facially neutral act passed by Congress was motivated by racial, ethnic or religious animus.”

The U.S. prosecutors office in Nevada didn’t respond to my request for comment and my question about a potential appeal.

Ahilan Arulanantham, professor and co-director of the Center for Immigration Law and Policy at the University of California, Los Angeles School of Law, told me the ruling is significant culturally because it airs out “incredible archival and legislative history of these laws, which is really very sordid and just racist.”

The U.S. has criminalized border crossing for more than 90 years, and the administrations of Presidents George W. Bush, Barack Obama and Donald Trump all ratcheted up the deportation and prosecution of immigrants for entering or reentering the country illegally.

But the historical record shows – quite clearly – that the criminalization of unauthorized entry and reentry rests on fundamentally racist foundations.

That history was laid out in Carrillo-Lopez’s case by UCLA historian Kelly Lytle Hernandez and Benjamin Gonzalez O’Brien, a political scientist at San Diego State University. The Aug. 3 ruling by Judge Simon in the District of Oregon also acknowledged that history, and suggested Congress should explicitly repudiate the racism underlying immigration laws. Government lawyers in Carrillo-Lopez’s case too “conceded that discriminatory intent motivated the passage” of some immigration laws, Du wrote.

I asked Gonzalez O’Brien whether it’s fair to say that it’s generally accepted among historians and political scientists that U.S. immigration laws of today have racist underpinnings.

“Yeah, because if you look at that history in this country, it’s fundamentally impossible to separate race and racism from immigration policing,” Gonzalez O’Brien said. “The desire to shape the racial and cultural characteristics of this country is deeply intertwined with our immigration policy.”

That racialized conception goes almost as far back as U.S. immigration law itself, which has constructed and redefined “whiteness” over centuries, as PBS reported in September 2017.

The Page Act of 1875 and the Chinese Exclusion Act of 1882 effectively banned Chinese immigration.

The National Origins Act of 1924 used a racial quota system consciously designed to discourage southern and eastern Europeans from entering the U.S. It was praised by Adolf Hitler, according to the PBS report.

Unlawful reentry was first criminalized in 1929, as part of the inauspiciously titled Undesirable Aliens Act. It was this statute that prosecutors conceded was motivated by racial animus. At the time, Congress openly relied on the discredited pseudoscience of eugenics to enact immigration laws.

The Immigration and Nationality Act of 1952 incorporated the language and policy of the 1929 statute’s reentry bar. But prosecutors argued that the INA is different because there aren’t statements in the Congressional record showing lawmakers’ racist intentions. In other words, that the policy became free of the taint of racism because elected representatives weren’t making bigoted remarks on the Senate and House floor as they re-enacted it.

But Congress didn’t repudiate the racial animus of 1929 in 1952, although it knew the law disparately impacted Latinos (Mexicans comprised 99% of offenders in some years, Lytle Hernandez testified). Instead, lawmakers expanded government power to criminalize unlawful reentry, and did so per the recommendations of a deputy attorney general who used a racist slur in his letter of support for the law, Du wrote.

In fact, the same Congress had enacted an “anti-harboring” measure that lawmakers openly referred to as the “wetback bill” just months before. Those policies were a compromise between agribusiness leaders who wanted undocumented immigrants for cheap, exploitable labor, and nativists in Congress who wanted to keep America white, according to the academics who testified. The statute criminalized workers and those who help people cross the border, but included a specific exemption for employers. Enforcement targeted Latinos even though Canadians were also entering the U.S. in record numbers then, Du wrote.

Du’s opinion is a rare court ruling laying out the strong factual, moral and Constitutional grounds for striking down some current laws because of their original racist intent. Still, the likelihood that this particular ruling will be appealed means the case may end up as an exemplar of how systemic racism operates.

Here, the people who held racist personal beliefs – lawmakers in 1929 – are dead and gone. But their racist policies have been continued and expanded by the government under both political parties, none more so than the administration of the first non-white president. And now, under a president who has spoken more strongly about righting the racist wrongs of our past than any before, the government will (more than likely) again defend the reenactment of policies it admitted, per the ruling, were racist in their conception.

More than anything else, that speaks to the necessity for the judiciary to follow Judge Du’s lead.

“Though the racism and nativism embedded in the law’s historical record is blatant, it has taken nearly 100 years for a court to probe its outrageous history and assail the law’s constitutionality,” Gorman said. “The Court’s decision is a landmark ruling but one our Constitution demands.”