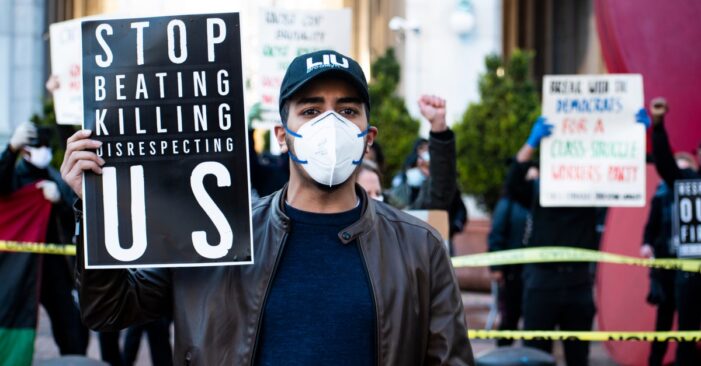 New York City, New York/USA May 30, 2020 Hundreds took to the streets of Manhattan protesting against police brutality after the death of George Floyd at the hands of Minneapolis police. (Shutterstock) By Akron Beacon Journal The hail of more than 90 bullets fired by police at Jayland Walker early Monday sounds like “a whole […]

New wear Orange and gather to honor all those lost to gun violence in Buffalo, Texas, NYC and across America, at Foley Square, New York City on May 26, 2022. (Shutterstock) By America’s Voice Washington, DC – USA Today published an important story over the weekend: “Republican leaders yet to denounce racist replacement theory repeated […] 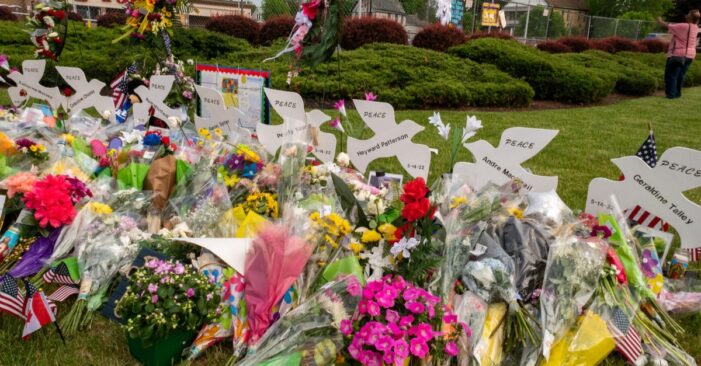 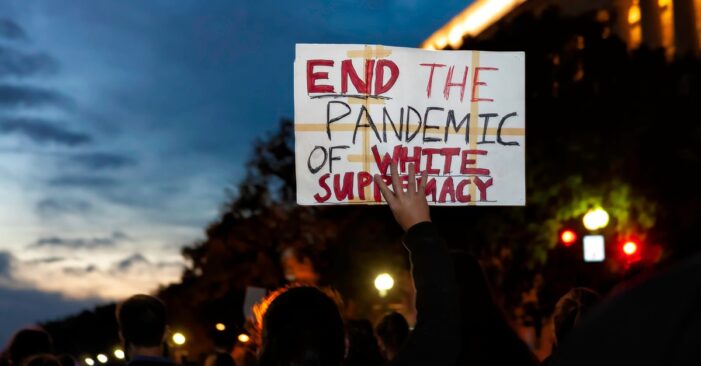 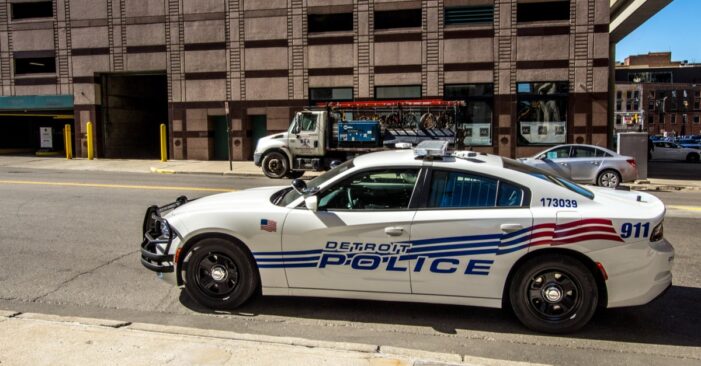 War refugees are waiting at the train station while the Hungarian red cross and volunteers are giving out clothes, food, water, pillows and other donations. – Budapest, Hungary – 03 01 2022 (Shutterstock) By Char Adams, Zinhle Essamuah, Shamar Walters and Rima Abdelkader, NBC News Alexander Somto Orah, 25, was among thousands of people crowding […] 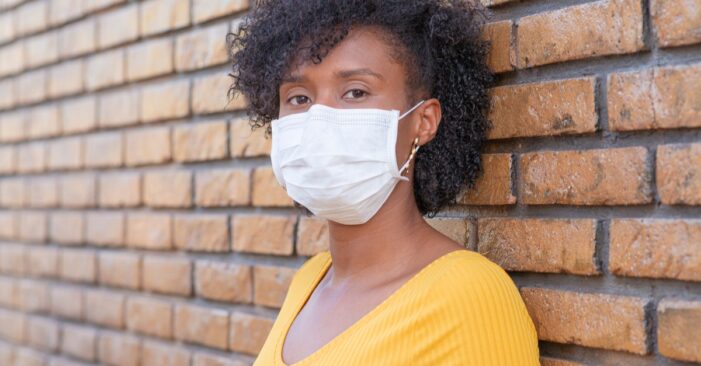