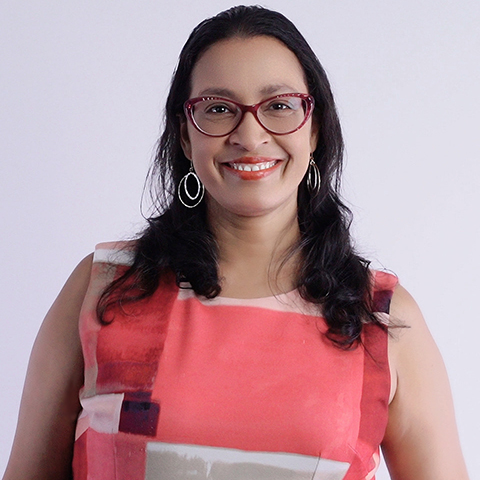 A recent and unexpected surge of migrants that began as early as May has arrived in New York City, causing a swell of people staying in NYC shelters. In a briefing, Mayor Adams addressed the current wave of nearly 3,000 newly arrived migrants. Mayor Adams, Department of Social Services Commissioner Gary Jenkins, and other officials address the surge asking the Federal Government for assistance in the matter. Life in New York is tough. Some claim to be annoyed by the City’s eternal rat race, where everyone is in a hurry. High cost of living, littered streets, rude neighbors, lousy behavior, noise, and expensive houses with outdated infrastructure.

Of course, there are also many positives associated with the Big Apple, such as its welcoming arms to immigrants. It is also a land of opportunity and new beginnings for dreamers who want to make their dreams come true across careers and enterprises. Thus, people around the world leave their home countries and travel to the City either by choice or without – recent cases of migrants said they were tricked or forced into coming to New York by Texas officials.

For such people, life in New York City can seem like a double whammy, especially for those without the necessary information about what to do and where to go to seek help! These immigrants will face unique challenges in society across the marketplace and workplace. Yet, they will keep seeking a better life and confront many barriers in the new City.

Challenges Encountered by Many Immigrants
Irrespective of their situation, many immigrants encounter similar challenges, ranging from mild to extreme conditions. However, the most prevalent include:

1. Language Barriers
Communicating with others is a significant skill for survival in any new location. Many people can converse in English or Spanish; however, some may have to learn any of these languages. An immigrant’s inability to communicate effectively often affects their care experience and the quality of informed decision-making they make.

2. Cultural Differences
Many migrants face ongoing communication and cultural barriers ranging from religion, social customs, and behavioral patterns. These have led to distrust and fear of immigrants.

3. Unaffordable Housing
Housing is a significant problem for many immigrants. They are vulnerable because of the difficulty in finding decent and safe but affordable housing. Interestingly, a well-paying job results in the ability to afford a safe house but correlates with an immigrant’s legal status.

4. Barriers to Free Medical Services
Fear of deportation, discrimination, and financial limitations have contributed to immigrants’ hesitance in seeking and accessing many free healthcare programs. Sometimes, immigrant families forgo needed health care because they fear discrimination. Many immigrants without relatives in the City sometimes enter the overstretched homeless shelters, which have limited capacity. Unfortunately, the highly-priced housing leaves many immigrants who are also grappling with limited language skills feeling unsafe and unwanted. In a recent report, a six-month pregnant immigrant from Venezuela reported she was given a place to stay. Still, she couldn’t find anyone to give her information on how to access medical care for herself and her unborn child.

Challenges Facing Immigrant Workers in New York City
Immigrants are the most likely group to face discrimination on the job for those with an appointment. Most times, newly arrived immigrants have limited knowledge about processes within many job markets, which forms a basis for disenfranchisement. Despite the years of experience, immigrant professionals face difficulties obtaining recognition for foreign academic credentials, adding to the numerous hurdles in finding decent employment and building a stable livelihood. To survive, many immigrants resort to doing any jobs despite facing various challenges, including limited employment opportunities, unfair payment, discriminatory treatment, and many others.

Case Studies
In March 2020, closer to the peak of the pandemic in New York, Yolanda (not real name), a domestic cleaner, went to a private medical facility to seek treatment for COVID-19 with her husband after contracting COVID and was billed about $400. “There was no help from the government, and we had to keep struggling every single day to survive,” Yolanda said. A local nonprofit raised a small amount to help them stay afloat. The same year, Ramos got COVID while working as a server and busser for almost two years at a coffee donut shop. After quarantining for more than four weeks, he approached his employer for a resumption date. Still, he got laid off because business was slow. Thus, he had no job and wasn’t paid any sick leave.

A nonprofit organization, Make the Road referred him to New York’s Department of Consumer and Worker Protection (DCWP), where he filed a complaint in 2021 about his unpaid sick leave. The Department secured more than $1500 as compensation from his employer a year later as Ramos’ unpaid sick leave. Letita (not real name), an undocumented immigrant, worked as a nail technician in a beauty salon that paid her wages late. When she got sick, her employer deducted money from her earnings. She was too scared to fight for her right because of her immigration status for fear of being deported. However, she filed a complaint with DCWP in October 2020. After an investigation, DCWP settled more than $600 six months later with her employer for the unpaid sick leave.

Role of the DCWP, formerly, The Department of Consumer Affairs (DCA)
The division fights for the right of workers in New York City regardless of their immigration status and the job. At a recent ethnic media briefing, Vilda VeraMayuga, Commissioner of the New York City Department of Consumer and Worker Protection (DCWP), said, “We want to be very clear. No matter your immigration status, we are here to fight for your rights.”

In some reviewed cases, employers were found not to have adopted, shared, or complied with the City’s safe and sick leave policies. Although they were expected to distribute and post the Notice of Employee Rights at their various places of business, ensuring that all employees – current and future- become aware of their rights to safe and sick leave. According to the DCWP, all workers, especially immigrant workers, must be aware of some of these laws, which formed the basis of a press meeting. Commissioner Vera-Mayuga reiterated three points: First, the law protects wages and pays for sick days. Second, respect for employees’ work schedules and adequate notification in fast food restaurants. And lastly, the guarantees and rights for the ‘deliveristas’ of the food app-based industry, including the start date of their minimum wage from January 2023.

The Paid Safe and Sick Leave Law
Any domestic household worker, parttime or full-time employees at businesses or nonprofits in NYC, should note their right to almost 56 hours (depending on the size of their employer’s operation) of sick and safe leave. The period is to take care of yourself or attend to the need of a family member. It now includes an additional 4 hours of sick leave (per child per shot) to get your children vaccinated.

NY City’s Fair Workweek Law The law applies to most workers with a predictable schedule, such as those in retail, fast food, or utility safety.
•For Fast food workers, the law stipulates that they should have a regular weekly schedule, employees can be paid extra for schedule changes, and they have the right to work new shifts. In addition, the law protects employees from hour reduction, layoffs, and illegal firing.
•For Utility Safety and Retail workers, their employers must give them at least 72 hours of advance notice of work schedules. The employer cannot enforce last-minute schedule changes and on-call shifts without adequate notification.

NYC’s Delivery Worker’s Rights
Gig workers, specifically app-based restaurant delivery workers, have rights regardless of their immigration status. These include the right to a free insulated food delivery bag after six deliveries. They are also entitled to more control over their choice of deliveries, advanced notice of delivery details, and better access to restaurant bathrooms when they pick up orders. The law also permits getting more information on payment, the right to be paid at least once a week, and the City’s minimum pay rate starting from the first of January 2023. Overall, they have a right to fair pay, and safer routes.

Due to the effort of the Department in collaboration with various local and community-based nonprofits, workers’ rights, including the rights of immigrant workers, are upheld and protected. Manuel Castro, Commissioner of the Mayor’s Office of Immigrant Affairs (MOIA), who also participated in the press briefing, spoke about the importance of protecting all immigrants from fraud and violation of their rights as workers.

Commissioner Castro explained, “Mayor Eric Adams’ administration is working with all agencies to protect immigrants, to inform them of their rights, and provide service.” He also advised immigrants, “It doesn’t matter if you receive your wages in check or cash; always document your work hours and seek help.” To make a complaint, call 311, or search for nyc.gov/DCWP.