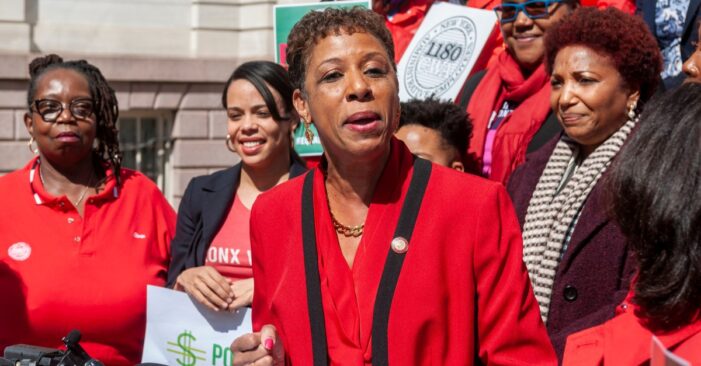 New York, NY: Late last night,[June 12], the New York City Council passed the FY 2023 budget. Included in its investments was an increase to the New York Immigrant Family Unity Project (NYIFUP) for $17.35 million; $6.5 million for Adult Literacy and an enhancement of $6.7 million in Adult Literacy Baseline funding; and support for Language Justice, which includes $3 million for Language Services Cooperatives and $2 million for a Community Interpreter Bank. Unfortunately, massive divestment of $215 million in public school funding and the exclusion of the Linking Immigrant Families to Early Childhood Education (LIFE) project and the transfer school pilot program that would have improved recently arrived immigrant students’ age 16-21 access to quality education through supportive transfer schools overshadows much of the positive aspects of the budget. The New York Immigration Coalition applauds the inclusion of several key programs for immigrant communities in the city budget but demands further investments in immigrant New Yorkers as the pandemic continues to exacerbate inequities for immigrant communities.

Murad Awawdeh, Executive Director, New York Immigration Coalition: “We commend Mayor Adams, NYC Council Speaker Adams, Finance Chair Justin Brannan, and the New York City Council for investing in Adult Literacy, Legal Services, Workforce Development, and Language Justice for immigrant communities. Additionally, we saw NYC step up and right a wrong from the State budget that excluded undocumented families from childcare by investing $10 million in childcare for immigrant families in New York City. However, we are deeply disappointed by the lack of investments in key programs like Linking Immigrant Families to Early Childhood Education (LIFE) project and a pilot program that would improve older students’ access to quality education, in addition to the morally incomprehensible $215 million reduction to the overall education budget. We must fund education at a level that ensures all have the opportunity to flourish and prosper, and cannot use a lack of Federal or State funding or fiscal prudence as an excuse not to do so. Anything less damages New York’s ability to build a workforce ready to innovate and meet future demands, and hurts our chances to create an inclusive economy where every New Yorker can contribute and thrive. We look forward to working with the Mayor and City Council in righting the ship to ensure an equitable recovery for immigrant New Yorkers.”