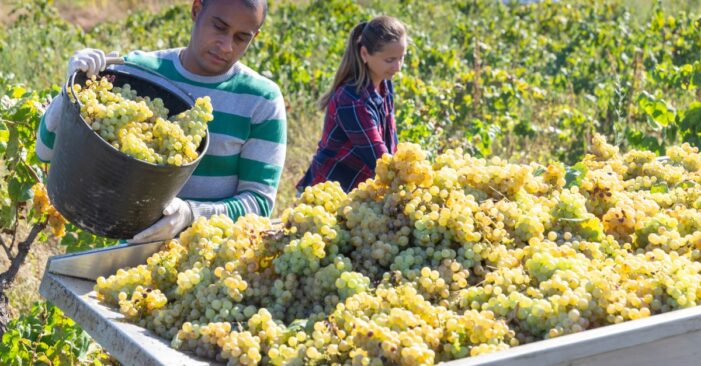 Almost all of New York’s workers begin to get overtime pay after working 40 hours a week. Yet under state law, farmworkers only get it after working 60 hours a week. Our work is tiring, and we suffer from injuries from repetitive work and the general nature of farm work — but we do it to ensure there’s food on our family’s tables. Collectively, we have raised 10 children and have seven grandchildren, all of whom have relied on our paychecks. They are why we work in an industry which so few want to work in, and work such long and difficult hours.

Farm work is very much dependent on the season, the weather and the ripeness of the produce. While there are in fact times of the year when we do work well more than 60 hours per week, other times we may come just under that. But under current state law, we could work 10-hour shifts for six days in a row and just be paid our regular rate of pay.

Farmworkers are predominately undocumented Latino workers. For many of us our status in this country means our bosses can treat us as disposable, pay us subminimum wages and threaten deportation. When employers are allowed to manipulate you to work in extreme conditions for hours on end, it’s no different than indentured servitude. To many people, we are the nameless and faceless newly deemed “essential” workers who helped put food on your tables during the COVID-19 pandemic. And yet, for decades we have been subjected to inherently racist treatment and as such our rights as workers have been relegated to the Jim Crow era. In fact, The Fair Labor Standards Act of 1938 explicitly excluded agricultural and domestic workers in an effort to exclude Black workers; the racial divide it created then still exists today for us, which is why the new New York law was so critical.

Agricultural Workers United-NY is a project of the Retail, Wholesale and Department Store Union and the United Food and Commercial Workers, which fought for the historic passage of New York’s Farm Laborers Fair Labor Practices Act. The new law sought to unwind decades of unfair treatment towards farmworkers like us. More importantly, it sought fair protections for us as laborers, and the opportunity for us to unionize and bring union contract protections to our workplaces. As a result, we are incredibly proud to be the first farmworkers in New York to unionize with Local 338 RWDSU/UFCW.

The new law gave us the opening to organize. The intent was to raise wages above the poverty line and to give us the same worker rights under the law that others across our state get. However, while, as its name suggests, the law was implemented to bring fairness to our industry, sadly it was passed with a loophole preventing us from true equity at work with others. The carve-out means we don’t actually have truly fair wages under the law, because our overtime pay only kicks in after 60 hours of work per week.

The law does, however, provide an opportunity to review the overtime disparity. It called for the Department of Labor to hold a wage board hearing 18 months after the 2019 passage to reconsider the issue. Since those 18 months fell in the middle of the COVID-19 pandemic, the board at the time put the issue off, while we farmworkers continued to toil away producing now considered “essential food” for the “greater good.” But the pandemic also ravaged our community; many of us live together in small apartments where the virus can spread rapidly. There was no consideration for us workers when they put off the decision on overtime hours, which meant that our wages remained the same while New York’s farm owners increased their profits. It made our passion to fight to bring the first union to a farm that much stronger.

Our local’s first union contract will yield us needed protections and a fair pay structure. One change in particular could be overtime pay after 40 hours. However, there is absolutely no reason we shouldn’t already be seen as equal under the law. There is no reason that farmworkers seeking union protections shouldn’t already have this as a baseline for our pay, just like everybody else.

Our wages are extremely low as it is. Our work is work not many want to do. We do it to provide for our families. It’s long past time that the Farm Laborers Fair Labor Practices Act live up to its name and guarantee fair pay for fair work. This change will be a drop in the bucket for farm owners, while fundamentally changing the lives of thousands of workers across the state.