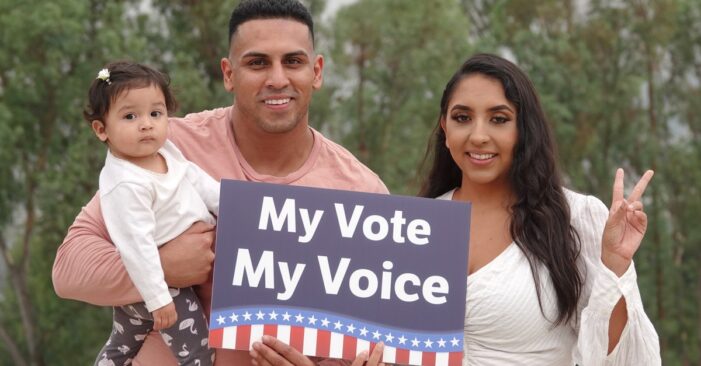 The John Lewis Voting Rights Advancement Act, legislation that would strengthen the federal government’s role in overseeing election law changes that could disenfranchise minority groups, passed the House on Tuesday — a victory for Democrats who believe it is a necessary response to the erosion of election protections by the Supreme Court in recent years.

The problem? It’s not going to become law or even come up for debate in the Senate — despite the fact that Democrats hold the majority in the chamber. And that’s because of Sens. Joe Manchin of West Virginia and Kyrsten Sinema of Arizona.

See, Manchin and Sinema both oppose the elimination of the legislative filibuster. Which means that the the measure would need to secure 60 votes in order to end unlimited debate in the Senate and come up for a final vote. And that just isn’t going to happen.

In an op-ed in June, Manchin not only made clear that he opposed the For the People Act, a broader series of election reforms, but also would not vote to end the filibuster over voting rights legislation.

“The right to vote is fundamental to our American democracy and protecting that right should not be about party or politics,” Manchin wrote. “Least of all, protecting this right, which is a value I share, should never be done in a partisan manner.”

He later added in that same piece: “I will not vote to weaken or eliminate the filibuster.”

Later that same month, Sinema wrote an op-ed of her own — this one in The Washington Post — making clear why she opposed getting rid of the legislative filibuster for any reason. “My support for retaining the 60-vote threshold is not based on the importance of any particular policy,” she wrote. “It is based on what is best for our democracy. The filibuster compels moderation and helps protect the country from wild swings between opposing policy poles.”

And assuming that both Manchin and Sinema stick to their positions, the John Lewis Act will never become law. Democrats can’t change the Senate rules to abolish the legislative filibuster unless all 50 of their senators (and the two independents who caucus with them) support such a rule change. And, for the foreseeable future, they have only 48 votes.

The whole thing is likely to play out this way:

1. Senate Majority Leader Chuck Schumer will make clear that passing the law is of critical important to protecting the sanctity of the vote, leaning on moderate Republicans to join Democrats on a cloture vote that would lead to a final up-or-down choice on the legislation

2. A handful — maybe! — of Senate Republicans will side with Schumer. At the moment, by the way, only Republican Sen. Lisa Murkowski of Alaska has said she supports the John Lewis Voting Rights Advancement Act. The chances 10 Republicans cross the aisle to join with all 50 Democrats? Roughly 0%.

3. Schumer will go to Manchin and Sinema — as will every Capitol Hill reporter — and ask them if they are willing to carve out an exception for this voting rights measure. They will say “no,” arguing that you can’t open Pandora’s box and then quickly shut it again (On that point, they are 100% right).

This almost-certain dead end is a striking contrast to the rapid-fire series of bills making it more difficult to vote that have moved through Republican-controlled legislatures since the 2020 election. By mid-July, the Brennan Center for Justice, a liberal leaning organization that tracks voting laws, said that 18 states had enacted 30 new laws that make it harder to vote.