Leaders Urge Americans to Cancel New Year’s Plans: ‘Omicron and Delta are Coming to Your Party’ 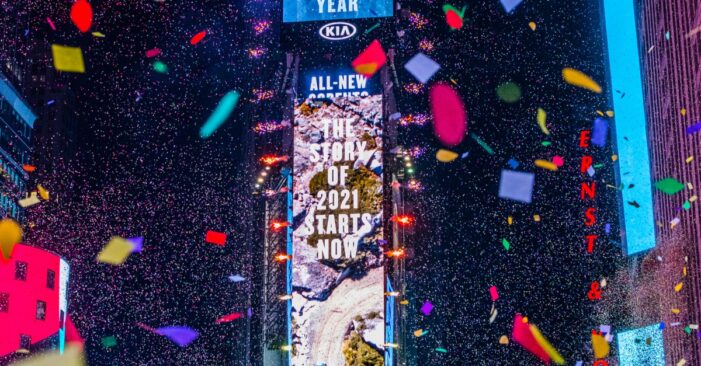 Leaders and public health experts across the country are urging Americans to scrap their New Year’s Eve plans and stay home for the second year in a row as new cases of the coronavirus spread at a record-setting pace.

The volley of warnings serves as yet another reminder that the pandemic is far from over, with the omicron variant spurring a familiar pattern of cautions and cancellations during a time when many hoped to reclaim a sense of normalcy.

But instead of partying like it’s 2019, officials are asking people to reconsider gatherings and other revelry to fight rising case counts, which on Tuesday hit an all-time high when the seven-day average of new infections topped 266,000.

“Omicron and delta are coming to your party,” Illinois Gov. J.B. Pritzker (D) said at a news conference this week. “So you need to think twice about how many people will be gathered together, keeping social distancing if you’re at a party. And if you can’t, leave.”

But Pritzker stopped short of imposing new restrictions or shutting down big events, such as the fireworks show in Chicago, which the city promised would be its largest ever. San Francisco, meanwhile, canceled its own widely attended yearly New Year’s show Tuesday, with Mayor London Breed (D) telling residents that “we must remain vigilant in doing all we can to stop the spread of the covid-19 omicron variant.”

Anthony S. Fauci, the nation’s top infectious-disease expert, said Monday that a small gathering with vaccinated family members would be the safest way to celebrate. And be wary of larger events, he advised.

“When you’re talking about a New Year’s Eve party where you have 30, 40, 50 people celebrating, you do not know the status of their vaccination, I would recommend strongly: Stay away from that this year,” Fauci said in an interview with CNN. “There will be other years to do that, but not this year.”

Other cities have canceled events entirely or are encouraging residents to stream the festivities online. Atlanta, for instance, called off the Peach Drop, a 30-year-old celebration that draws tens of thousands to the Georgia capital to watch the midnight descent of a giant fake peach.

Seattle will still launch fireworks from the Space Needle, but the display will include special effects that can only be seen online or on television, a twist meant to promote “streaming in the New Year,” organizers said.

And in Annapolis, leaders canceled in-person events but said they would still launch fireworks over the city’s harbor.

“We want people to celebrate, but to do so safely and in a way that doesn’t further tax hospitals and public safety personnel,” Mayor Gavin Buckley (D) said Monday.

Internationally, events in Paris, London, Berlin and elsewhere have been canceled. World Health Organization Director General Tedros Adhanom Ghebreyesus pleaded with officials and individuals earlier this month to approach the holidays safely, even if that meant calling off or postponing a get-together.

“An event canceled is better than a life canceled,” Tedros told reporters. “It’s better to cancel now and celebrate later, than to celebrate now and grieve later.”