Human Rights Violator Sentenced in Guatemala to 30 Years for Crimes Against Humanity, Previously Investigated and Removed by ICE 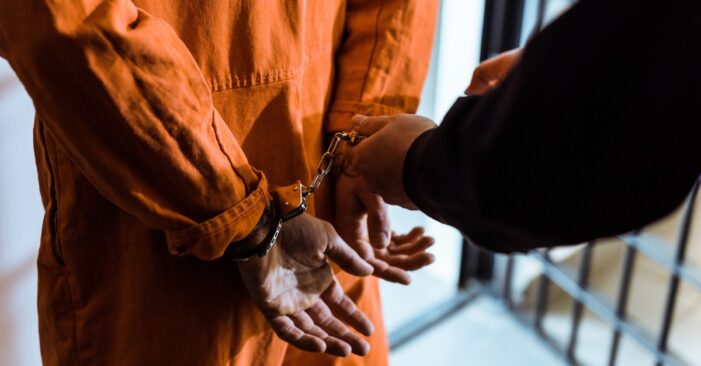 WASHINGTON – A Guatemalan national previously removed to his home country by U.S. Immigration and Customs Enforcement (ICE) Enforcement and Removal Operations (ERO) was convicted in a Guatemalan court for his role in sexual violence targeting indigenous women in the 1980s. Francisco Cuxum Alvarado, 66, was convicted of crimes against humanity by a High-Risk Court in Guatemala City, Guatemala and sentenced to 30 years imprisonment.

“After nearly 40 years, the women victimized by Cuxum Alvarado and the other defendants have finally received a measure of justice,” said Assistant Director for National Security Homeland Security Investigations (HSI) Andre R. Watson. “Although Cuxum Alvarado attempted to hide in a quiet suburban town, through incredible investigative effort and cooperation he was found, prosecuted and returned to Guatemala to face the victims and the legal consequences of his actions.”

ICE ERO officers removed Cuxum Alvarado in January 2020, to his native country where he was handed over to Guatemalan authorities. His removal followed a federal conviction in December 2019, for illegally reentering the United States.

In the early 1980s, Cuxum Alvarado was part of a civilian militia known as a Civil Defense Patrol (PAC) that, with the military, perpetrated a series of massacres against the indigenous Maya Achí people in and around the municipality of Rabinal, in Guatemala. More than 400 Maya Achí people were killed in these massacres and hundreds of others were forcibly removed from their homes. In 1998, Cuxum Alvarado was named as a suspect in the March 13, 1982, massacre of 177 individuals, including 107 children at Cerro Pacoxom in what is known as the Rio Negro massacre.

The U.S. case was developed and supported by ICE’s HRVWCC. The HRVWCC is the only U.S. government entity focused completely on investigating global atrocities and the perpetrators of human rights violations and war crimes. Initiated by HSI in 2008, the HRVWCC leverages the knowledge and expertise of a select group of special agents, attorneys, intelligence analysts, criminal research specialists and historians who are charged with preventing the U.S. from becoming a haven for individuals who engage in the commission of war crimes, genocide, torture and other forms of serious human rights abuses from conflicts around the globe.

The HRVWCC leverages the expertise of a select group of agents, lawyers, intelligence and research specialists, historians and analysts who direct the agency’s broader enforcement efforts against these offenders.

Since 2003, ICE has arrested more than 469 individuals for human rights-related violations of the law under various criminal and/or immigration statutes.

Members of the public who have information about foreign nationals suspected of engaging in human rights abuses or war crimes are urged to call the ICE tip line at: 1-866-DHS-2423 (1-866-347-2423). Callers may remain anonymous.