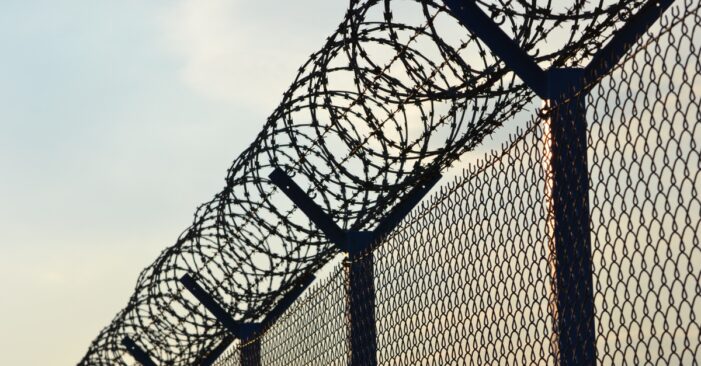 Washington, DC — The Biden administration has failed to deliver on the promise to end the use of private prisons in federal incarceration and immigration detention, according to “Broken Promises: Limits of Biden’s Executive Order on Private Prisons” a new report released today by Detention Watch Network and Project South. The report provides an overview of progress towards that unfulfilled promise, explores a troubling trend of detention expansion, and outlines the steps the administration must take to end the federal use of private prisons and phase out the use of immigration detention entirely.

“As a Presidential candidate, Biden promised to end the use of private prisons claiming that the federal government should not use private facilities for any detention, including immigraiton detention,” said Setareh Ghandehari, co-author of the report and Advocacy Director at Detention Watch Network. “Instead, the administration has increased the number of people in detention, doubled down on anti-immigrant Trump-era deterrence policies, and expanded detention capacity in direct conflict with its own promises to end for profit incarceration and bring fairness to the immigration system.”

The immigration detention system is made up of a network of approximately 200 jails across the country with funding from Congress for the detention of 34,000 people in Fiscal Year 21. Today about 22,000 people are detained by Immigration and Customs Enforcement (ICE). At the beginning of 2021, the number of people in detention was at a historic low not seen in decades, largely due to the Trump administration’s cruel anti-immigrant policies including the “Remain in Mexico” program and the Title 42 expulsions of migrants, as well as state and local sanctuary policies that limited interior enforcement.

“The incoming Biden administration had a unique opportunity to reduce reliance on the immigration detention system as capacity far outweighed use,” said Priya Sreenivasan, co-author of the report and former Justice Catalyst Legal Fellow at Project South. “Instead, the number of people in detention has skyrocketed under President Biden, the administration has requested funds well above current numbers, and ICE has renewed or negotiated new detention contracts.”

The report details how local governments and private prison corporations are in talks to convert Department of Justice contracted private prisons to ICE detention centers to expand capacity. These efforts are under way at facilities including the announced reopening of a former Bureau of Prisons (BOP) prison in Moshannon Valley, Pennsylvania as an ICE facility, which will become the largest detention facility in the Northeast.

“The reopening of Moshannon as a privatized ICE detention facility contradicts the spirit of the Biden administration’s executive order, and is at odds with its stated goal of phasing out the use of privately operated facilities and reducing reliance on immigration detention,” said Bob Libal, co-author of the report and Texas-based immigration and criminal legal reform advocate and policy analyst. “Today, contracts with three federal agencies — Immigration and Customs Enforcement (ICE), the Federal Bureau of Prisons (BOP), and the U.S. Marshals Service (USMS) — account for more than half of all revenue for the two largest private prison corporations — CoreCivic and GEO Group. Detention contracts incentivize the incarceration of immigrants as a money making scheme.”

Multiple private prisons with expiring USMS contracts are also exploring plans to reopen as ICE detention centers. In particular, CoreCivic appears to be considering these contracts with ICE and local governments for the West Tennessee Detention Facility where a USMS contract expired on September 30, 2021, and the Leavenworth Detention Facility in Kansas, where the USMS contract expires in December 2021. The report notes how local governments are negotiating intergovernmental service agreements (IGSAs) to convert the facilities into ICE detention centers.

“Many USMS contracts also include riders that allow ICE to use the facility for immigrant detention, which often also involve private prison companies. These contracts should be phased out as part of the existing executive order,” added Ghandehari. “Overall, we’re seeing a pattern of detention expansion, inconsistent and disappointing implementation of the DOJ executive order, and continued reliance on immigration detention from the Biden administration which equates to broken promises and continued human suffering. The Biden administration must reverse course now by phasing out the use of detention in the immigration system by ensuring that the executive order on private prisons is followed in both letter and spirit and by extending the order to include immigration detention.”

The report specifically calls on the Biden Administration to: