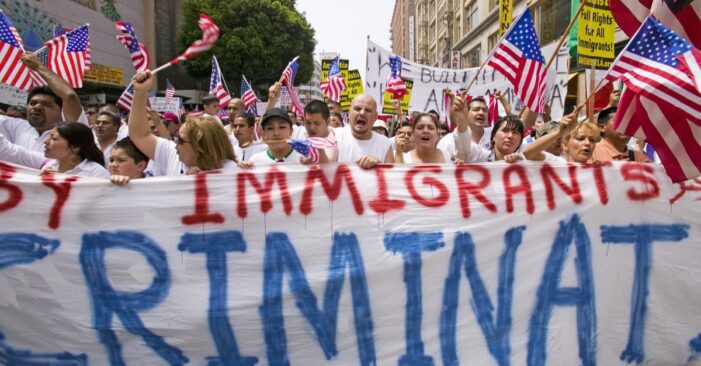 Hundreds of thousands of immigrants participate in march for Immigrants and Mexicans protesting against Illegal Immigration reform by U.S. Congress, Los Angeles, CA – May 1, 2006 (Shutterstock)

Two leading immigration groups — the New American Economy and the American Immigration Council — are merging, in part, to prepare for a potential Republican takeover of Congress, Axios has learned.

Why it matters: Immigration has increasingly become a central U.S. political issue. Pro-immigrant groups have gained influence in recent years through their advocacy and litigation — especially during the Trump era. A possible return to legislative power by the GOP would require more clout, the two groups say.

The big picture: NAE’s work has focused on economic research and building state and local advocacy networks, now in more than 100 communities.