A New Coronavirus Strain Detected in South Africa Shares Key Similarities With the Most Concerning Variants, Including Delta 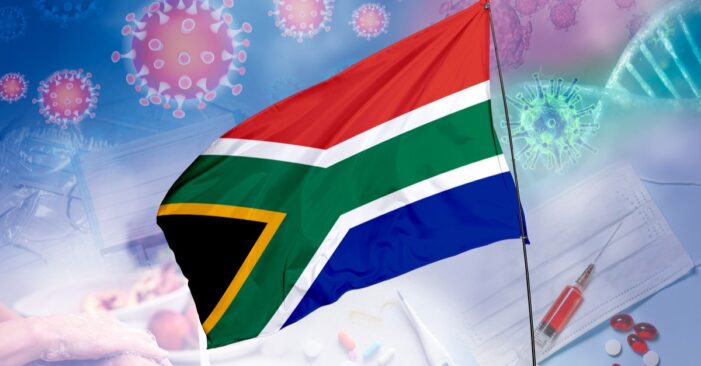 Every now and then, a coronavirus variant comes along that makes scientists do a double-take.

This month, that variant is C.1.2, which was first detected in South Africa in May. The variant carries “concerning constellations of mutations” that could make it highly transmissible or resistant to the body’s immune defenses – whether from vaccines or a prior infection – according to a new study that hasn’t yet been peer reviewed.

Scientists don’t know how much of a threat C.1.2 poses yet, but it shares several key mutations with other variants like Alpha, Beta, Gamma, and Delta. The World Health Organization considers those four “variants of concern,” meaning they’re more transmissible than other strains, cause more severe disease, or are more resistant to vaccines.

South African researchers are trying to determine whether C.1.2 has an advantage over the Delta variant – the most dangerous version of the virus to date.

As of Wednesday, around 107 sequences of C.1.2 have been reported globally, compared to Delta’s more than 1 million. But most South African provinces have detected C.1.2 cases, and the variant has also been spotted in 10 other countries across Africa, Europe, Asia, and Oceania.

To start, the variant contains several mutations in the genetic code for its spike protein – the sharp, crown-like bumps on the surface of the virus that help it invade our cells. Variants of concern share some of those key mutations, which seem to help the virus spread more easily or evade the immune system’s defenses.

The South African researchers also uncovered an additional set of mutations on C.1.2 that could make the virus more infectious or resistant to vaccines. Those mutations are even more reason for alarm than the ones shared with the variants, the researchers wrote. That’s because scientists are most worried about a new variant with properties that would enable it to overtake Delta.

A variant with a big advantage over Delta would quickly begin to account for a larger and larger share of coronavirus cases.

That seems to be the case for C.1.2 in South Africa: The variant accounted for 0.2% of the country’s sequenced cases in May, then 1.6% in June, then 2% in July. The pattern is similar to the early rise of Delta in South Africa, the researchers wrote.

But globally, C.1.2 cases seem to have peaked in early July then declined over the last two months, according to data from Scripps Research’s Outbreak.info tracker.

The WHO’s technical lead on COVID-19, Maria van Kerkhove, said Monday on Twitter that C.1.2 does not appear to be rising in circulation, and Delta still seems dominant.

“But we need more sequencing to be conducted and shared globally,” she added.

The US currently sequences less than 2% of its coronavirus cases, according to data from GISAID, a global database that collects coronavirus genomes. The country doing the most sequencing, Iceland, sequences nearly 44%.