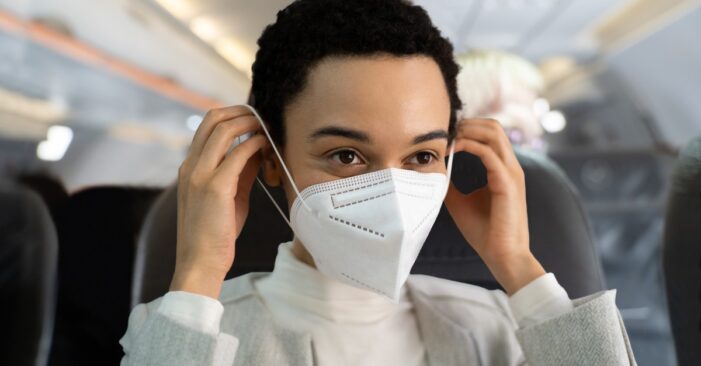 CNN — I absolutely hate wearing a mask on long flights. I’m also appalled that masks are no longer required for air travel and on other forms of public transit.

On Monday, a federal judge in Florida ruled that the Biden administration’s public transportation mask mandate was unenforceable. The US Centers for Disease Control and Prevention, US District Judge Kathryn Kimball Mizelle held, overstepped its authority in issuing the directive requiring masks on airplanes and other forms of mass transit.

This decision is particularly disastrous for older adults, the ill and the immunocompromised, who still face a much higher chance of being hospitalized or even dying if they contract Covid-19 (so do the voluntarily unvaccinated, but they’ve made the decision to assume that risk for themselves). For most people, going to work or the grocery store is not optional, and many people need to take public transport to get there. Forcing those who have done everything right except had the bad luck to be sick or old to assume the risk of contracting a potentially fatal illness, just so that people who find masks uncomfortable – myself among them – don’t have to take basic precautions, is an appalling level of disregard for the lives and well-being of our fellow human beings.

Covid-19 is also a class-based killer: Lower-income Americans are more likely to die of it than wealthier ones. On airplanes, where the cost of tickets makes regular air travel inaccessible to low-income people, the air is cycled out quickly, reducing the risk of Covid-19 infection. That’s not the case for the types of public transport that are more readily available to the masses: buses, trains, subways.

Mizelle, it should be noted, was the youngest judge appointed by former President Donald Trump – she was 33 when he appointed her to sit on the federal bench for life. A majority of the American Bar Association’s Standing Committee on the Federal Judiciary rated her as “not qualified” for the role, given that she had never tried a single federal case and had only been a practicing lawyer for a few years. Mizelle, the majority of the committee wrote, did “not meet the requisite minimum standard of experience necessary to perform the responsibilities required by the high office of a federal trial judge.”

Her mask ruling also seems to usurp public health guidance while failing to understand science or the English language. The federal government, she held, is only authorized to deal with issues concerning “sanitation,” which she determined is limited to “measures that clean something.” Because wearing a mask doesn’t clean anything, she wrote, mask mandates are beyond the scope of the government’s authority.

All of this is incredibly dangerous: A right-wing judge doesn’t like a government regulation, and so she voids it on incredibly specious grounds.

That’s a shame. Although death rates in the US have dropped thanks to vaccination, Covid-19 is far from over. Nearly 1 million Americans, and some 6 million people around the world, died in just two years from the disease. And, lately, case rates have been trending up as thousands of Americans contract Covid-19 every day.

Masking on airplanes and other forms of public transit is a simple intervention that helps to decrease the spread of a variety of airborne illnesses in a context in which dozens, or even hundreds, of people are packed tightly together, sometimes for hours on end.

I get it: I truly despise having to wear a mask all day or night long. The longer the travel, the worse the discomfort. And I genuinely feel for the workers who have to enforce mask mandates and face the ire of unruly and sometimes violent passengers.

But public health measures are always trade-offs. I hate wearing a mask, but I will wear one if it is a targeted measure that means I am keeping people around me safer (and that they’re keeping me safer in return). When I look around a New York City subway car, it’s obvious that not everyone has the privilege of being, like me, a healthy and triple-vaccinated 30-something for whom Covid-19 would likely be unpleasant, but probably not deadly. And, there are certainly a great many conditions that are not obvious: the immunosuppressant drugs circulating in the body of someone who received a donated organ; a child at home undergoing chemotherapy; an older relative who needs regular visits.

Everyone deserves access to public transportation. And no one should have to risk their lives or their health to take it.

It’s worth having an evidence-based discussion about which measures we should lift and which we should keep in place, and how to maximize both personal freedoms and public health. Those conversations are ongoing, and on some topics – masking for small children in schools, kids masking outside during recess – there is genuine disagreement within the ranks of public health experts, and solid arguments in favor of easing up on masking.

But when it comes to masking on crowded public transport, there’s significantly much less disagreement, at least among the ranks of health experts. The disagreement is political, just like the decision to lift masking. It’s one thing to change mask rules as the infection numbers change, or as we understand more about the spread of this disease. It’s another to lift them simply because an unqualified, right-wing judge issues a bonkers ruling.

In my ideal world, vaccination against Covid-19 would be required before boarding a commercial airline, and mask mandates would remain in place. Frankly, I feel much safer when I travel overseas to a country that requires a vaccine or a recent negative coronavirus test to enter; domestic travel, with its nonexistent vaccine or testing requirements, and the volume of self-centered and rude passengers who refuse to keep their masks on, is an extra stressful and unpleasant endeavor. This latest decision will only make it worse – after all, the people who refuse vaccines are also more likely to take a series of other risks, including refusing to mask up and going to large, crowded events. The mask mandate was one of the few protective measures the rest of us could count on.

I’ll be boarding an airplane tomorrow afternoon. I’ll be masking up, and I hope my fellow passengers will do the same. And if a US airline announces they will be requiring masks on board for as long as Covid-19 rates remain high, I’ll be flying with them in the future.