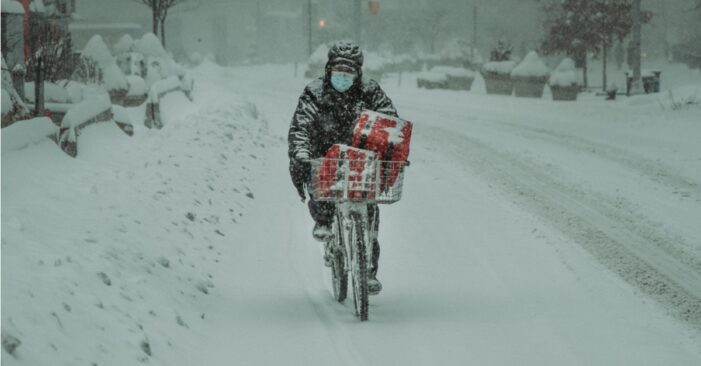 Delivery man bikes through a blizzard to deliver food. Masked Man braces a storm as he petals through the thick snow. – New York, New York – January 5, 2021

Mayor Bill de Blasio announced several city agencies will implement workplace protections for delivery workers starting in 2022. Delivery app companies will be regulated through the Department of Consumer and Worker Protection, which will also enforce new labor standards for delivery workers, including instituting a minimum pay and giving delivery workers control over their routes. Workers must be paid at least once a week, and apps cannot charge a fee to process payments. Other provisions also include access to bathrooms for workers and increased transparency surrounding tips.