Applications Now Open for $2M in Grants from NYC Women’s Fund for Media, Music and Theatre

The grants are awarded by The Mayor's Office of Media and Entertainment and the New York Foundation for the Arts. 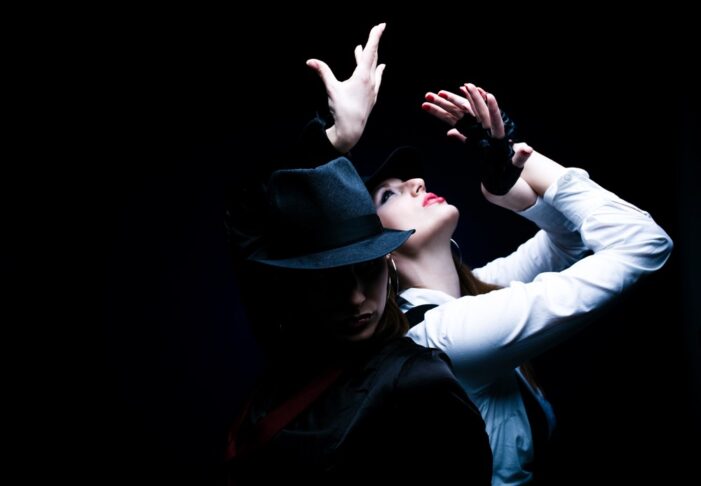 The Mayor’s Office of Media and Entertainment (MOME) and the New York Foundation for the Arts (NYFA) have just announced that applications are open for the fourth round of grants for the NYC Women’s Fund for Media, Music and Theatre. Qualified applicants can apply for $2 million in finishing grants through November 1, 2022 at www.nyfa.org/nycwomensfund.

Since its launch in 2018, the NYC Women’s Fund grant program has awarded $5.5 million to 246 film, theatre, and music projects, with NYFA acting as the grant administrator. The NYC Women’s Fund is a signature initiative launched to address the underrepresentation of women in the entertainment industry.

“Women’s perspectives in the arts, media, and entertainment industries are crucial to telling the rich and diverse stories of our city,” said New York City Mayor Eric Adams. “This additional $2 million in city funding to the NYC Women’s Fund will provide a tremendous leap toward leveling the playing field and ensuring all creatives, regardless of their gender, are given the platform they deserve. I look forward to seeing the incredible work this fourth round of applications brings to audiences throughout the city and around the world.”

“We are proud to extend our commitment to the NYC Women’s Fund to offer a fourth cycle of grants, ensuring that more women-led creative projects are given the support needed to reach wide audiences,” said Commissioner of the Mayor’s Office of Media and Entertainment, Anne del Castillo. “Now, more than ever, it is critical that we continue to elevate women’s voices and perspectives in order to advance gender equity and women leadership in the creative industries and beyond.”

“We are thrilled to continue our partnership with the Mayor’s Office of Media and Entertainment and to support the work of women-identifying creatives through the NYC Women’s Fund,” said Michael Royce, Executive Director, New York Foundation for the Arts (NYFA). “We are proud to help media, music, and theatre-makers realize projects that add new depth to New York City’s vibrant media and entertainment landscape,” he added.

Recent success for NYC Women’s Fund program participants is a testament to the quality of applications received and the appetite for their entertainment projects. Film projects from previous grant recipients have been collectively seen by over 339,000 viewers, while film, theatre, and music releases have been featured at 99 premieres. Highlights of past award recipients include:

Intimate Strangers: Cycle 2 Classical/Experimental/Jazz/New Music recipient Sara Serpa Santos’ album on the history of Portuguese colonialism in Africa, was featured in the NY Times’ list of Best Jazz Albums of 2021 and The Nation’s list of Best Albums of 2021. Santos resides in Manhattan.

The Nosebleed: Brooklyn’s Cycle 1 recipient Aya Ogawa co-presented with the Chocolate Factory Theater, with staged performances at The Japan Society in 2021 and currently at Lincoln Center.

The Workers’ Studio: This Documentary Webseries from Queens resident Sol Aramendi, detailing how immigrant women cooperate to lead change in their communities, was exhibited at the Queens Museum and the BRIC House Stoop.

Looking at You: A techno music theater work, from the Bronx’s Kamala Sankaram, mixes electronic dance music, crime jazz and lyric operatic arias to explore the impact of modern technology on privacy.

A series of online informational sessions will be available to all those interested in applying at www.nyfa.org/nycwomensfund:

Film, theatre, music, and web productions are eligible for finishing funds in the following categories (amounts listed are the maximum potential grant):

-Documentary Webisodes/Webseries (all lengths and forms) – $20,000

Eligible projects for music grants will include new EPs, albums, and videos for yet-to-be released works from all genres. Projects must significantly include a woman as a writing credit, producer credit, engineering credit, and/or musical lead. NYC-based producers, composers, engineers, solo musicians, ensemble bands, and orchestras that are not currently signed to a major label can apply. Applicants must also show evidence of a growing fan base and have played multiple live shows.

All recipients must be residents of NYC. Anyone can apply and be awarded a grant regardless of actual or perceived sex, gender, gender identity or gender expression, sexual orientation, age, religion, creed, partnership status, marital status, disability, race, color, national origin, alienage, citizenship status, military status, or any other class protected by City, State, or Federal law.

Applications and eligibility requirements are available at www.nyfa.org/nycwomensfund. To sign up for updates on the Fund, please visit MOME’s website. You can use hashtag #NYCWomensFund to participate in the conversation.