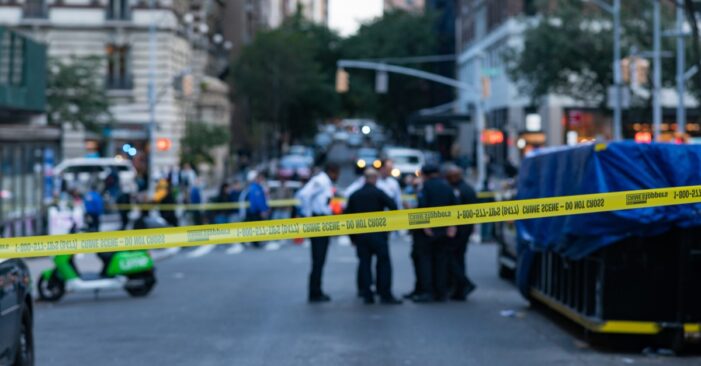 New York City, NY USA October 28, 2021. Police investigate the scene where a person was shot in the leg on Manhattan’s Upper Westside. (Shutterstock)

Newly appointed Gun Violence Prevention Czar A.T. Mitchell and community advocates rallied to call for changes to gun laws on Wednesday. The rally was held outside of the Raspberry Deli and Grill, where three people were shot on Monday. Those participating in the rally marched three blocks away to the site of another deadly shooting that took place at the Louis H. Pink Houses development in East New York on July 1. Chants could be heard from the crowd, saying “put down the guns” over and over. Those rallying called the recent tragedies and gun violence an epidemic, saying that the communities are the vaccine for the problem.