Amid Rising African Migration through the Americas, Governments Should Develop a Coordinated Approach 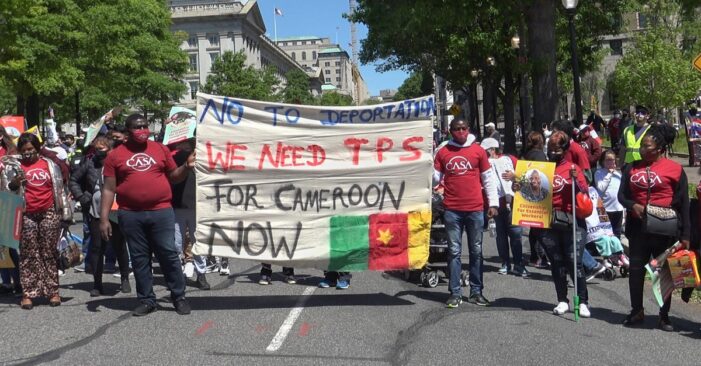 WASHINGTON — Though dwarfed by the movements of Central and South American and Caribbean migrants through the Americas northwards, a growing number of Africans are transiting the region, hoping to apply for asylum in the United States. They form part of a rising trend of migrants from other regions, including from the Caribbean and Asia, who travel through South and Central America to reach the U.S. border.

Africans of 35 nationalities were intercepted by U.S. authorities in fiscal 2019, with nationals of Cameroon, the Democratic Republic of Congo, Eritrea, Ghana and Somalia most frequently encountered by U.S. and Mexican enforcement in recent years. This small but growing migration flow, which has been increasing since 2013, is occurring against the backdrop of decreasing numbers of African migrants intercepted while trying to enter Europe irregularly, as the European Union and its member states harden their borders.

A new Migration Policy Institute (MPI) report, African Migration through the Americas: Drivers, Routes and Policy Responses, examines the factors contributing to growing African migration and how transit country policies shape migration journeys. While COVID-19 briefly brought this movement to a pause, African migration through the Americas, which typically begins in Brazil or Ecuador, is likely to continue to grow, especially as migration channels to Europe become more inaccessible and community networks in the United States continue to expand, researchers Caitlyn Yates and Jessica Bolter find.

Because this is a small and newer phenomenon, most Latin American countries do not prioritize Africans in their migration management policies and their responses are generally limited to facilitating transit northward and, in rare cases given their limited capacity, carrying out enforcement. Permanent settlement through humanitarian protection or other legal statuses is rarely made accessible to Africans, and many face unique challenges, including racial discrimination and language barriers, throughout their journey.

To better support this population, as well as the migration management capacities of transit and destination countries, the report recommends that:

“While African migration through the Americas has been a somewhat overlooked migration dynamic to date, it is likely to be an enduring one and countries in the region will need to take a balanced approach to managing it through a combination of transit facilitation, enforcement mechanisms and avenues to access humanitarian protection and other legal statuses, all while safeguarding migrants’ rights,” the authors write.

You can read the report here: www.migrationpolicy.org/research/african-migration-through-americas.