Type 2 Diabetes: More Than One Type of Diet Can Help People Achieve Remission 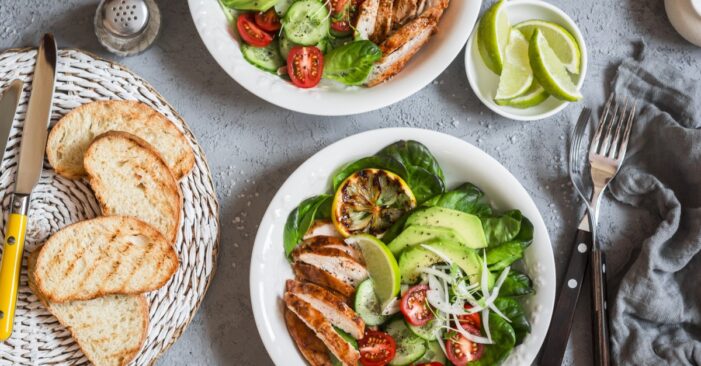 By Duane Mellor and Adrian Brown, The Conversation

A growing body of research shows that losing weight, either through surgery or dieting, can help address some of the underlying causes of type 2 diabetes. It does this by helping the body control blood sugar levels. This is significant as controlling blood sugar by improving how insulin is made and works is key to bringing type 2 diabetes into remission.

Most of this body of research so far has looked at using meal-replacement shakes to help people with type 2 diabetes, which is why this approach may be prescribed by a doctor. But, more recently, researchers have begun investigating other diets – such as low-carbohydrate diets – in achieving remission. Although research in this area is still emerging, study results have so far shown a low-carbohydrate diet to be promising.

To better understand which diets are best at helping people achieve type 2 diabetes remission, our recent review looked at over 90 papers describing the effects of various diets on type 2 diabetes. We found that although the better quality research tended to focus on meal-replacement shakes used in clinical trials, other approaches (such as low-carbohydrate diets) were also shown to work well.

Defining remission
One of the big challenges we faced when writing our review was defining what “remission” is. Knowing how to define it was important so we could understand which diets worked best in helping people achieve remission.

The reason this was difficult is because the definition varies between different expert groups and research studies. Most define remission as a reduction of blood sugar levels below the range to diagnose diabetes – but some definitions state that this needs to be done without the use of drugs, while others do not. Other definitions say weight (especially fat around the midsection) must be lost to achieve remission.

For that reason, we initially defined remission using the definition each study used. Then, we compared the numbers of people whose blood sugar levels normalised without drugs for at least six months – which most consider to be true remission.

Mitigation v remission
While low-carbohydrate diets help people achieve remission, there’s concern that blood sugar levels could potentially rise again as soon as more carbohydrates are eaten. This is why we suggest in our review that rather than call this remission, it should perhaps be called “mitigation of diabetes”, as type 2 diabetes is still present – but the negative effects are being well managed. We think that remission can only be achieved if fat is lost from around the organs. This allows insulin to be made and used effectively again.

But because carbohydrates are also a major energy source in our diet, eating less of these often results in consuming fewer calories – which typically results in weight loss. So if someone is able to maintain a low-carbohydrate diet long term, they will not only reduce blood sugar levels and risk of complications for their diabetes, but may also achieve remission.

Regardless, the evidence that we looked at in our review made clear that there are many ways a person can significantly improve their blood sugar levels through diet – and that this can lead to remission in many cases. The key thing we found with each type of diet is that at least 10-15kg of body weight needed to be lost to achieve remission.

Not everyone may be able to achieve remission, but people who are younger (less than 50), male, have had type 2 diabetes for less than six years and lose more weight are more likely to be successful. This could be because these people are able to reverse the causes of their diabetes, recovering more of the pancreas’s ability to make insulin and the liver’s ability to use it. But this doesn’t mean others won’t be successful if they improve their diet and lifestyle, and lose weight.

Whether or not a person achieves remission, reducing blood sugar levels is important in managing the negative effects of type 2 diabetes and reducing risk of complications. But when it comes to choosing a diet, the most important thing is to pick one that suits you – one that you’re likely to stick to long term.