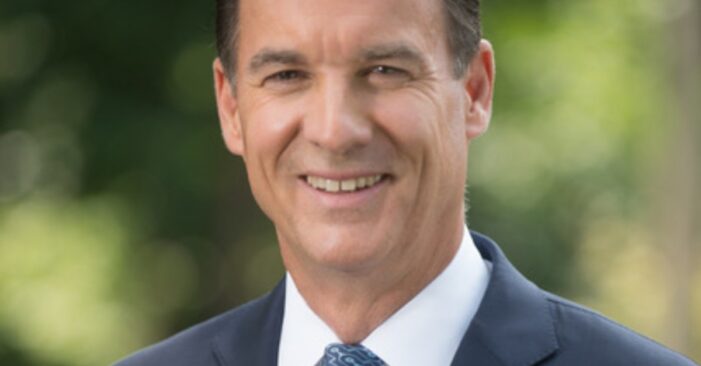 During an exclusive interview with People, Power & Politics Radio Show, Tom Suozzi discussed his run for Governor of New York. Tom Suozzi, the Democratic candidate for Governor of New York, stated that he is running for Governor because he is “fed up with the way things are going.” He sees people leaving New York because they are reportedly “worried about crime and not being able to afford to live here.” Suozzi wants to do something about those issues.

Listen to an interview with Tom Suozzi, Candidate for Governor of New York below:

Suozzi, who refers to himself as a “common-sense Democrat,” says that he is not all talk. He can get things done. Suozzi explained that he is “sick of the far left and sick of the crazy right.” He wants to bring people together to truly help the people of New York.

Tom Suozzi believes his experiences have prepared him to be the kind of leader New York needs now: his training as a Certified Public Accountant and Attorney, the years he spent as a county executive, his eight years as Mayor of Glen Cove, and the 5 ½ years he’s spent in Congress well-equipped him to function as the next Governor of New York.

Suozzi also spoke fondly of his time working in the Caribbean, specifically, Trinidad & Tobago and Jamaica.

Former Governor Andrew Cuomo
He mentioned that if one likes former Governor Cuomo, he has similar views on the issues, just not baggage. Tom Suozzi was pleased to say that he “does not come with the same mess as Cuomo.” Nor does he share the challenges that he believes Kathy Hochul brings to the position.

Failing Kathy Hochul
He critiqued the current Governor, Kathy Hochul. Suozzi believes the current Governor of New York, Kathy Hochul, is failing in the position. A recent poll showed that 50% would not vote for her. He expressed concern that if she were to run against a Republican candidate, she might lose the election to a Republican. Suozzi voiced concern about having a Republican as Governor of New York. It may benefit former Republican President Donald Trump, who is trying to regain political power. “We can’t let a Republican win,” stated Suozzi. Suozzi pointed out what he referred to as “the 4Bs” as Governor Hochul’s problematic areas: how she handled Brian Benjamin, the failing bail reform, the budget that will hurt New Yorkers in the long run, and her gift of $600 million to the Buffalo Bills.

Concerns of New Yorkers
Tom Suozzi does not believe current Governor Hochul understands what is essential to the people of New York. “Crime is the most immediate concern. People are afraid to take the subway right now. I’ve been to vigils where young people have been shot. People have their business doors locked. I’ve laid out a 15-point intervention plan to do something right away and make people feel safe – to fight the systemic problem,” said Suozzi.

Suozzi also believes that New Yorkers are concerned about affordability and rising utility rates, and the problem in the New York City schools. “We have to change the way we think about our schools….We need to bring health and human services programs into the schools,” said Suozzi. “When you solve problems for kids at a young age, you help prevent all types of societal dysfunction. Focus more on prevention,” emphasized Suozzi.

Proven Executive that Will Fight
Tom Suozzi believes New Yorkers can trust him with their votes because he believes in “fighting for the people. “I will do it because I have done it as a proven executive, common-sense Democrat, and someone who gets things done for the people,” stated Tom Suozzi.

Standing Up for Immigrants
During his political career, he’s demonstrated the ability to fight for immigrants by standing up to the U.S. Immigration and Customs Enforcement agents on their behalf — earning him a Person of the Year Award from New York Immigration Coalition.

Choice on June 28
When asked why one should vote for him on June 28, Suozzi responded: “I know how to run the government. I know how to get things done. I have a heart for helping people. Combine a good heart with the ability to fix things, and we can help a lot of people,” said Tom Suozzi.
To learn more about Tom Suozzi and how you can support his campaign, visit www.suozziforny.com.

To hear the full interview with Tom Suozzi, visit www.pppradio.nyc