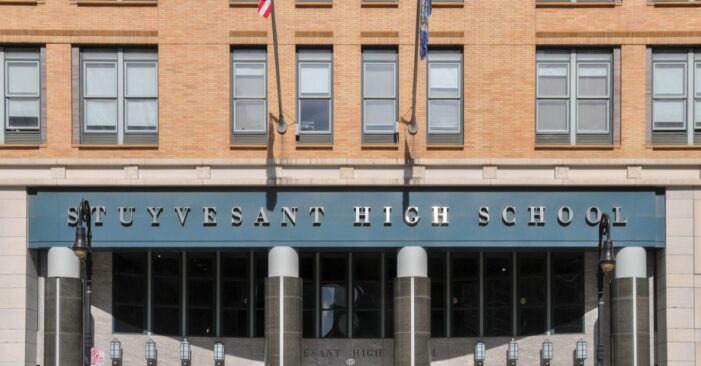 New York City Schools Chancellor Meisha Porter on Wednesday announced she is leaving the Department of Education at the end of the month to head a Bronx nonprofit, clearing the way for a new head of city schools in Mayor-elect Eric Adams’ administration.

Porter said she will be founding CEO of the Bronx Community Foundation, formed to raise money for initiatives in the borough.

“It focuses on really investing across the Bronx, but more importantly, engaging with community stakeholders about what the needs are in the community,” Porter told NY1. “It’s going to be a foundation that is one-of-a-kind in the borough and really looking at ways to build sustainability for Bronxites.”

The organization describes itself as advocating for “social, economic, environmental and racial justice,” as well as access to “quality education.”

Porter revealed her future plans exactly one month before the end of the de Blasio administration, when many top city officials are expected to exit.

The New York City public school graduate served at every level of the Department of Education system over her decades-long career, stepping into the role as Chancellor on March 15, following the surprise resignation of Richard Carranza after three years, at a time when COVID-19 was upending classrooms and daily lives.

She is the first Black woman to serve as chancellor of the nation’s largest public school system.

Despite her short time in the top job, Porter said she was able to make key decisions about the education department’s future, including her replacement.

“Throughout her entire career, Meisha Porter has shown up for the children of New York City,” Mayor Bill de Blasio said. “Together, we fully reopened our schools, launched an historic academic recovery for students, and made unprecedented gains for equity in our school communities. She has worked tirelessly and fearlessly to make sure our kids get the high-quality education they deserve. There is no doubt in my mind that she will bring the same determination and passion to her work serving Bronx families.”

Porter is a former teacher, principal and superintendent in the Bronx. She succeeded David Banks as principal of the Bronx School of Law, Government and Justice.

“It has been the honor of a lifetime to serve my home – New York City – and its incredible young people, educators, and families as Chancellor during one of the most pivotal times in our history,” Porter said. “Our school communities have been through so much, and I am incredibly proud of the heroic work from each and every one of our staff members who made it possible to reopen our school buildings and provide our students with the excellent, affirming education they deserve. At my core I am a public servant, and I am so deeply grateful my next steps aren’t taking me too far and I get to continue serving the communities and neighborhoods that make this city the best in the world as the inaugural President and CEO of The Bronx Community Foundation.”

Banks is now rumored to be the frontrunner to replace her as chancellor in the incoming Adams administration.