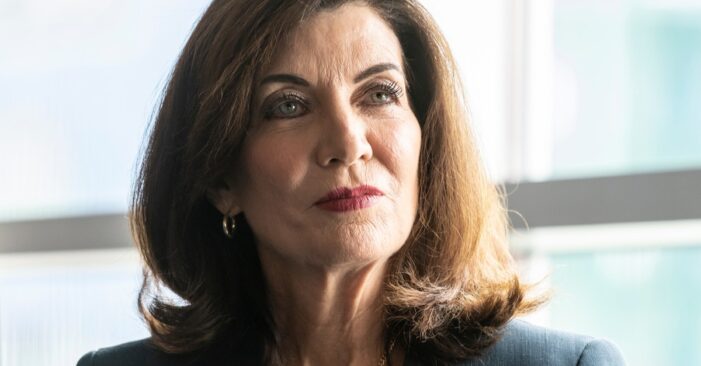 Delgado, a Rhodes Scholar who represents parts of the Hudson Valley and Capital Region as part of New York’s 19th Congressional District, is a two-term congressman.

“We share a belief in working together to get things done for New Yorkers, and Representative Delgado has an incredible record of doing just that in Congress,” Hochul said in a tweet.

He would replace Brian Benjamin, who resigned last month in scandal. Delgado will officially begin the new role later this month.

I am proud to announce I am appointing Congressman Antonio Delgado, an outstanding leader and public servant, as Lieutenant Governor of New York. I look forward to working with him to usher in a new era of fairness, equity, and prosperity for communities across the State.

“Representing this district has blessed me with opportunities to meet people where they are, to listen and find common ground,” Antonio said of his time in Congress. He said in his new role he wants to contribute to the “need to reconnect” and “need to heal” after more than two years of the COVID-19 pandemic, “and I want to be a part of that healing process.”

His selection was praised by labor organizations like the New York State AFL-CIO, whose president Mario Cilento said will strengthen the administration.

“During his time in Congress, Antonio has shown by action, not just words, that he understands the needs of union members and their families, achieving a 100% lifetime AFL-CIO voting record,” Cilento said. “We have been proud to work with him to create good manufacturing jobs right here in New York by fighting to strengthen Buy American provisions at the federal level. We look forward to working with Governor Hochul and Lieutenant Governor Delgado to improve the lives of working people throughout our state.”

Added New York Building Congress President Carlo Scissura, “Rep. Delgado has always centered his work on working families, and we believe Gov. Kathy Hochul could not have made a better choice. Our members in the building industry look forward to working with both of them to ensure New York keeps growing and thriving… and building.”

The selection of Delgado came after state lawmakers and Hochul a day earlier approved legislation that eased the requirements for removing a candidate from the ballot. The measure enabled Benjamin to leave the Democratic primary for lieutenant governor.

The measure was begrudginly approved by state lawmakers and took narrow majorities to get over the finish line.

Republican state Sen. Daphne Jordan in a statement Tuesday said the effort was solely made to help Hochul’s election.

“Her flagging political fortunes, not the needs of everyday New Yorkers, are apparently her only concern,” Jordan said. “If this were a sincere bill to fill needed gaps of legitimate reasons for a candidate to get off the ballot, there would be other excuses, such as those with a debilitating disease or terminal illness. This wasn’t the case. It was a shameful political act and a clear-cut confirmation of why we need to end one-party rule that is fueling corruption and undermining public trust in government.”

Delgado was first elected to Congress in 2018, unseating Republican Rep. John Faso and flipping a Hudson Valley House district that had long been coveted by Democrats.

Considered a moderate, Delgado is seen as a strong fundraiser who will be able to run for a full term as lieutenant governor later this year by Democrats in Albany.