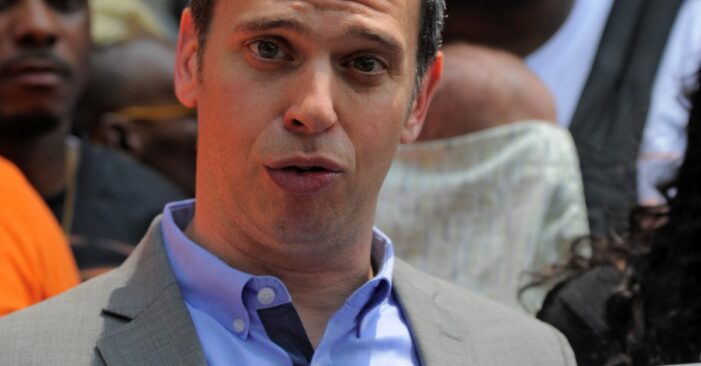 Assemblyman Dan Quart speaks at the 2019 Peace In The Streets: Peace & Unity March In Harlem on June 01, 2019 in New York City. (Shutterstock)

ALBANY — Members of the Central Park Five are putting legislative leaders on notice over a bill they believe could help free other innocent people from jail.

“Wrongful convictions are a huge problem in New York, and everyone is really engaged. I’m not just talking about me and my followers,” said Yusef Salaam, who was a teen in 1989 when police coerced false confessions from him and his co-defendants following an attack on a 28-year-old Central Park jogger. “This is a top issue in our movement, and we’re not going to stop until we pass this bill.”

The measure, sponsored by Sen. Zellnor Myrie (D-Brooklyn) and Assemblyman Dan Quart (D-Manhattan), would give innocent people the ability to clear their names without the assistance of DNA evidence, provide a right to postconviction discovery and establish a right to counsel for those with wrongful conviction claims.

Under current state law, the only way to overturn a conviction of someone who pleads guilty to a crime is with supporting DNA evidence.

Recent data show that in New York State, 99% of misdemeanor charges and 94% of felony charges are resolved by a guilty plea, according to the New York State Association of Criminal Defense Lawyers.

Additionally, according to the Innocence Project, biological evidence that could prove guilt or innocence exists in less than 10% of criminal cases.

Salaam, along with fellow Exonerated Five members Kevin Richardson and Raymond Santana, hope to pressure legislators and drum up support for the bill by making a concerted push with Twitter, Facebook and Instagram posts.

“We could’ve had a regular old rally in Albany, but this felt more in line with the times,” Richardson said. “We’re taking political action, but in a very 21st century way.”

The trio and two others had their convictions overturned in 2002 when Matias Reyes, a murderer and rapist, confessed to the crime, an admission later confirmed through DNA evidence.

The National Registry of Exonerations reports that of the more than 2,900 people who have been exonerated since 1989, more than 20% pleaded guilty to crimes they didn’t commit.

Myrie said that the widespread use of pleas to gain convictions is a major part of the need to allow those wrongfully convicted a second chance.

“Every New Yorker should be concerned, and frankly angry, about our shameful wrongful conviction rate,” he said. “I’m so proud to stand with all of these exonerees to fight for this bill.

“We don’t want anyone else to go through what they’ve been through,” he added.