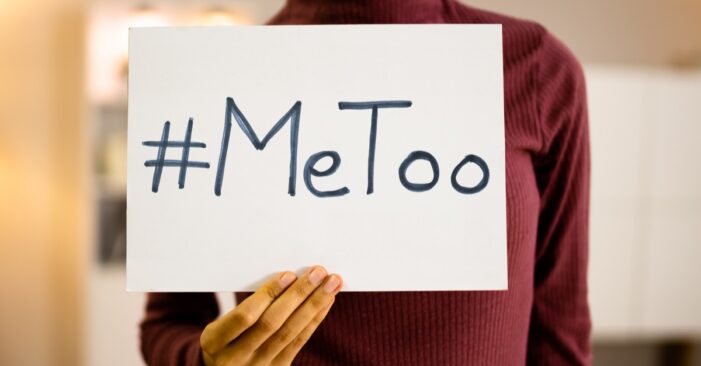 April is Sexual Assault Awareness Month (SAAM). The goal of SAAM is for individuals and organizations to raise public awareness about sexual harassment, assault, and abuse and educate communities on how to prevent it. It is also an opportunity to promote awareness of the impact of sexual assault on survivors, which is especially important during this pandemic.

This year’s global theme, “We Can Build Safe Online Spaces,” recognizes the impact digital technology has played in where people connect with romantic partners, friends, family, co-workers, and strangers alike. There is also an increased awareness of ways it can be used to bully, threaten, and commit abuse has grown as well. Sometimes the violence is initiated online and then takes place in person, and in other instances, the violence takes place entirely behind screens. Even though the abuse occurs behind a screen, the impact on the victim, their loved ones, and the community can be just as harmful as sexual violence committed in person.

Here is an excerpt from President Biden’s proclamation on SAAM:

“I was raised to believe that one of the greatest sins is the abuse of power –whether it is economic, psychological, or physical. The cruel fact is that people of every age, ability, race, sex, gender identity, sexual orientation, national origin, socioeconomic background, and religion suffer the pain and trauma of the abuse of power that is sexual assault. Sexual violence can occur anywhere — and millions of assaults occur each year at the workplace, in the home, at school, and online. These assaults are an intolerable affront to our shared humanity. During National Sexual Assault Awareness and Prevention Month, we renew our commitment to ensuring that every person can live a life free from sexual violence. We continue in our commitment to stand with survivors, hold perpetrators accountable, and dismantle a culture that is complicit in allowing sexual violence to continue.

Sexual assault is also a public health crisis. According to the Centers for Disease Control and Prevention, nearly 1 in 5 women in America experiences rape or attempted rape. Nearly 44 percent of women and about 25 percent of all men experience some form of sexual violence in their lifetime. Tragically, many of those assaulted are young, and research shows that these assaults can have lifelong effects on health and are linked to chronic illnesses. Too often, this trauma is compounded by lost productivity, the challenge of seeking accountability, and the ensuing costs of medical and mental health care.

Sexual Assault and Sexual Harassment Act of 2021
I was proud to support and sign into law the Ending Forced Arbitration of Sexual Assault and Sexual Harassment Act of 2021. This law advances efforts to prevent and address sexual harassment and sexual assault and promotes access to justice by guaranteeing that people who have experienced sexual assault and sexual harassment in the workplace are not forced into binding arbitration and are instead allowed to choose whether to go to court.

Violence Against Women Act (VAWA)
Ending violence against women and eliminating sexual assault have been a priority for me throughout my life. It is why I wrote and championed the original Violence Against Women Act (VAWA), a law that has transformed how we respond to sexual assault and which I count as one of my proudest legislative accomplishments. I am proud to have recently signed into law the reauthorization of VAWA, which expands prevention efforts and protections for survivors of sexual assault and other forms of gender-based violence. The law will provide increased resources and training so that our law enforcement and our judicial systems are better able to appropriately handle these cases. It includes a new focus on addressing technology-facilitated abuse and establishes a Federal civil cause of action for victims of non-consensual distribution of intimate images. The Act will strengthen rape prevention and education efforts, support rape crisis centers, improve the training of sexual assault forensic examiners, reduce the backlog of untested DNA kits, and broaden access to legal services for all survivors. It will also expand recognition of the special criminal jurisdiction of Tribal courts to cover non-Native perpetrators of sexual assault, sex trafficking, child abuse, and stalking.

This month, we honor the bravery and leadership of survivors by rededicating ourselves to eliminating sexual violence. It will require care and commitment from each of us to realize an America where everyone is free from the threat and impact of sexual violence.”

Legal Assistance
If you are an immigrant who is a victim of sexual violence, you are not alone. Help is available. If you need legal advice regarding your immigration status, call 855-768-8845 or visit www.askthelawyer.us to schedule an appointment.