What You Need to Know About the New Proposed DACA Regulation 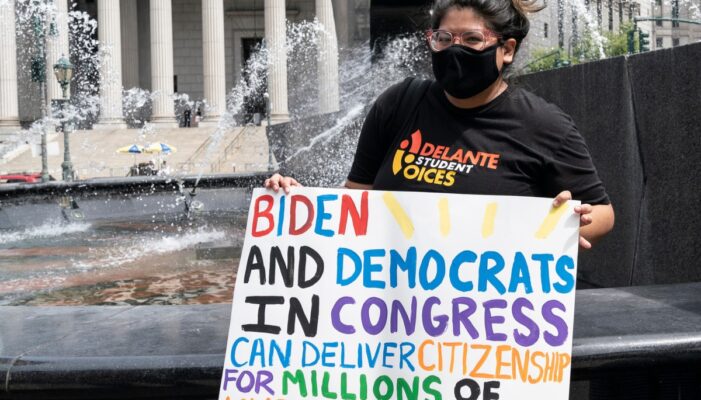 The Biden administration followed through on its Day One promise to create a new regulation to “preserve and fortify” the Deferred Action for Childhood Arrivals initiative (DACA) on September 27. The new rule would codify the original DACA protections as announced in 2012 without expanding them to include new groups of undocumented youth.

Why is this DACA regulation being proposed?

In 2012, then-Secretary of Homeland Security Janet Napolitano issued a policy memorandum creating DACA. Over the next decade, more than 800,000 people applied for and received DACA protections, which also included the ability to work legally in the United States.

The Trump administration attempted to end the DACA initiative in 2017. That decision was eventually blocked in court, although the court battles prevented people who had not participated previously from applying for DACA for four years.

In 2018, as the fate of DACA was still uncertain, a coalition of states led by Texas sued to overturn DACA. This July, those states prevailed in front of a federal judge in Texas, who declared that DACA was created unlawfully because it did not go through the normal regulatory process. The judge also ruled that the program itself was likely illegal.

Although that decision is on appeal, it provides a key reason for the Biden administration to move forward now to protect DACA.

What does the new DACA regulation do?

The new proposed regulation does not make any major changes to DACA. It would not expand the eligibility categories in the original 2012 DACA memo. As a result, DACA would continue to be limited to people born after June 1981, who came to the United States under the age of 16, who continuously resided in the United States since June 2007, and who have meet certain educational requirements and have not been convicted of any disqualifying offense.

The only significant change proposed by the new regulation would be to potentially separate deportation protection through “deferred action” from the granting of employment authorization. If implemented, applicants for DACA could theoretically only apply only for deportation protections and would not be required to also apply for a work permit, as is the case now. However, the rule would still allow applicants to also apply for a work permit if they wanted.

As DHS explains in the rule, one key reason for doing this is because the judge which struck down DACA held that the granting of work permits through an initiative like DACA itself may be illegal. Although DHS says it does not agree with that decision, it recognizes that the only way to insulate the new DACA regulation from legal challenge might be the decoupling of deportation protections from work authorization.

DHS does recognize in the rule that not allowing DACA recipients to work would “produce a great deal of human suffering,” but would at the very least protect undocumented youth from deportation.

DHS is providing the public 60 days to comment on the new rule. The agency will then take those comments into consideration and issue a final rule at some point in the future. The best chance for undocumented youth to remain in the United States remains for Congress to act and provide permanent protections by law.