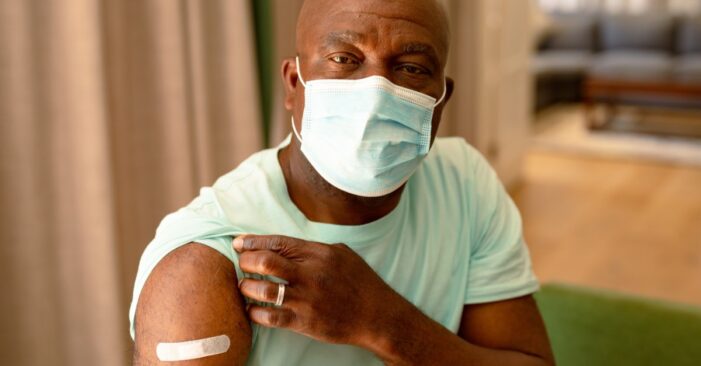 Another COVID-19 vaccine booster shot may be on the horizon for Americans, as the U.S. Food and Drug Administration is expected to greenlight a fourth dose for those aged 50 and older as soon as Tuesday.

It comes after Pfizer-BioNTech requested the FDA authorize a fourth dose for Americans aged 65 and older earlier this month and Moderna asked the same, but for those aged 18 and older.

Several other countries have already begun administering a second booster, and the Centers for Disease Control and Prevention currently recommends immunocompromised Americans receive a fourth dose.

Two officials familiar with the matter told ABC News the fourth shots will likely be only offered and not formally recommended.

Experts suggest U.S. health officials want another booster authorized for the rest of the population before the next potential COVID-19 wave.

“This is an attempt to be sort of ahead of what might happen in the future,” said Dr. John Brownstein, an epidemiologist at Boston Children’s Hospital and an ABC News contributor. “We will likely have another surge, whether sooner or later we don’t quite know, but there is a recognition that, over time, immunity wanes.”

He added, “And booster protection is at least helpful for those older and with underlying conditions.”

What is the data behind recommending a fourth dose?

Several countries, including Israel, Chile and Sweden, have begun offering fourth COVID-19 doses to older adults and other at-risk groups.

However, very few studies have been released exploring the benefits of a fourth dose. All are from Israel.

One study, published in the New England Journal of Medicine, looked at 274 health care workers who received a Pfizer or Moderna vaccine four months after their first shot.

The team found a fourth shot boosted antibody levels comparable to those seen after a third dose but did not boost protection against infection.

Another study, which was published Thursday and has not yet been peer-reviewed, looked at more than 563,000 patients between 60 and 100 years old.

Over the study period, about 58% of the group received a second booster dose.

They found that participants who received a second booster dose were less likely to die within 40 days of vaccination, after adjusting for baseline health status and other factors.

“The second study was the one that made everyone pay attention … that sort of changed the discussion [about recommending a fourth dose], I think,” Dr. Peter Chin-Hong, an infectious diseases specialist at the University of California, San Francisco, told ABC News. “But if you look at a percentage, that’s kind of still very low. So basically, getting a booster in that population results in low mortality just overall.”

Brownstein said the data is limited and should be interpreted with caution, but added that Israel has been a harbinger of what’s to come in the U.S.

“Israel has already been a reasonably good indicator of what we might see in the U.S., both the impact of COVID and the efficacy of vaccines,” he said. “I think that provides some support with those who want to get that additional shot.”

Should I get a fourth dose if I’m above age 50?

Although there have not been specific studies looking at the risk of COVID-19 infection or complications in those aged 50 and older who have been doubled boosted compared to those aged 49 and younger, other studies have shown that overall protection declines in older populations.

“It might seem arbitrary, but data suggests that after age 50, your ability to fight infection decreases,” Brownstein said. “The number of underlying chronic conditions increases with age, too.”

But experts said there is no current evidence to suggest that young, healthy Americans need a fourth vaccine dose.

“The benefit of just being vaccinated is really the discussion rather than how many boosters you got,” he said.

What if I’ve had omicron recently?

Chin-Hong said he doesn’t think boosted Americans who were infected with omicron during the most recent wave need to get a fourth shot.

He added that a COVID-19 infection will likely have boosted antibody levels high enough that a fourth shot won’t add much protection.

“For these people, when you get an infection, it’s almost like getting a shot itself,” he said. “You can consider it as your own booster shot and that hybrid immunity will generally be thought of as being very powerful.”

Chin-Hong added, “You can run out and get the shot any time if you’re eligible but, in terms of biological need, it’s probably less important, particularly if you’ve gotten a recent breakthrough infection.”