What If Vaccines Don’t Really Stop the Virus From Spreading? 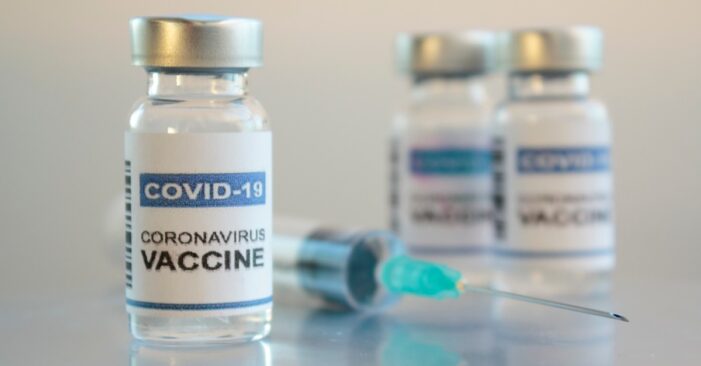 America entered its second pandemic summer full of optimism. Vaccination numbers were strong, and new cases of the coronavirus were plummeting. In May, the Centers for Disease Control and Prevention said that the fully vaccinated could be free of their masks and the fear of contracting a case of COVID severe enough to put them in the hospital or in an early grave. It seemed the United States was exiting the pandemic after more than 600,000 dead.

America entered its second pandemic summer full of optimism. Vaccination numbers were strong, and new cases of the coronavirus were plummeting. In May, the Centers for Disease Control and Prevention said that the fully vaccinated could be free of their masks and the fear of contracting a case of COVID severe enough to put them in the hospital or in an early grave. It seemed the United States was exiting the pandemic after more than 600,000 dead.

Then came the Delta variant, which has sent new cases skyrocketing, even if a surge of deaths has so far not followed. In response, the CDC is urging the fully vaccinated to mask again in many situations after the public was given the impression that vaccines would completely protect people from the virus. I spoke with New York’s David Wallace-Wells about why it seems like things are going backward.

Justin: The CDC is recommending fully vaccinated people wear masks indoors in public places where rates of virus transmission are high and in K-12 schools. Does that leave much wiggle room, or are we going to be masking up again like it’s 2020?

David: I think in certain places it’ll feel very much like last year for a stretch, but that stretch may not be very long. There are a few countries out there which are comparably vaccinated (roughly speaking) to the U.S., and you can look at their charts as a guide to our future: In both the U.K. and the Netherlands, for instance, the Delta wave has begun a very rapid decline, which suggests that we may be just a couple of weeks away from a peak in cases. A few weeks after that, Delta may well be behind us and additional Delta-inspired precautionary measures, as well. Those countries are encouraging on deaths and hospitalizations, too.

This surge will produce additional severe illness, and some death, as we’re already seeing. But the relative mortality level, compared to what the same number of cases would’ve produced a year ago, before vaccinations, is very, very small. And that, to me, suggests that while we may take certain precautions, like masking, when cases are rising locally, I suspect we won’t find ourselves really contemplating the more intrusive measures of school closures or more general lockdown.

It was predicted that widespread vaccination, combined with the age skew of the disease, would produce a dramatic drop in overall mortality risk, making the disease considerably less lethal than it was, say, a year ago, when we were trying relentlessly to prevent its spread. What’s new in recent weeks is the possibility that the vaccines, while still extremely effective at preventing severe illness, hospitalization, and death, may offer much less protection than expected against disease transmission, especially months after the second dose was given.

Justin: Most people are going to be shocked to hear that the vaccines may offer hardly any protection against transmission. For months, the Pfizer and Moderna vaccines, which have been most of the shots given in the U.S., were talked about almost as wonder drugs, with something like over 90 percent effectiveness. Were we given false hope, or did Delta change how the vaccines work, or both?

David: Well, to begin with, those quoted estimates of effectiveness were never about how well the vaccines prevented transmission, only how well they prevented symptomatic and severe disease. None of the vaccines were even tested in clinical trials against transmission. Nevertheless, most scientists expected that, given how good they were at preventing people from getting very sick, they would likely also be quite effective in stopping transmission. That intuition was mostly borne out with the earlier variants — there were “breakthrough” infections, but they seemed to be relatively few. Delta seems to have really changed that dynamic, though, and we’re already seeing a few pieces of evidence that the vaccines may not be very effective at all at stopping spread: the Provincetown cluster, where 70 percent of cases were in the vaccinated; the CDC finding that viral loads were almost identical in the vaccinated and the unvaccinated, and its warning today that the science of transmission among the vaccinated is shifting; and a few different Israeli studies showing that efficacy against transmission might decline as low as 19 percent six months after the doses were given. None of these pieces of evidence alone is perfect or authoritative; indeed, there are limitations and shortcomings to each data point. It’s possible that the collective picture they paint is too dire as well. But I would not be at all surprised if we learn more definitively over the next few weeks that, at least when it comes to Delta, the vaccines may only dampen transmission rates — in other words, that they would reduce transmission by only 50 percent, say.

That said, everything we see suggests the vaccines remain very robust protection against severe disease, hospitalization, and death — all the scariest outcomes. It would be good if we could count on them to really stop transmission, too, but that seems much less likely at this point.

Justin: First people were told by the CDC they had to mask if they were vaccinated, then they were told they could de-mask, now they’re being told something in between. Is there room to criticize how the CDC has advised the fully vaccinated or are they doing the best they can with what is practically a brand-new virus and emerging variants?

David: The CDC has bungled a lot over the course of the last 18 months, and these advisories and guidance haven’t seemed especially well thought through, to me. But I also think we are dealing with changing dynamics — as much as we all want to think of the pandemic as a hump we may now be over, almost certainly there will be continuing surprises and surges that we’ll all have to adjust for. On top of which, though it’s become an enormous cultural flash point, I just don’t think mask advisories are all that big a deal, especially if we expect this Delta surge to burn out in the span of a few weeks. Yes, for some people and in some contexts, it can be complicated and genuinely burdensome, but for the vast majority of people, it’s just not that much to ask to throw on a mask.

Justin: Like you said, the vaccines are still highly effective at preventing “severe” COVID leading to hospitalization and death, but aren’t there potentially serious complications from “mild” COVID that vaccinated people could get, such as “long COVID?”

David: The short answer is yes. The longer answer is the prevalence of those outcomes is very much an open question. Many of the higher-end estimates for long-COVID outcomes (those suggesting perhaps 30 percent or even 50 percent of cases generate enduring symptoms) are from self-reported surveys. Some of the medium-size estimates (those in the 10 percent range) often don’t compare the rates of symptoms (fatigue, anxiety, brain fog) with rates among people who never got infected with SARS-CoV-2 — and the rates can be roughly comparable, in those populations, suggesting it may be a mistake to attribute that suffering, however real, to this disease in particular. Lower-end estimates fall below one percent of cases, and while that may seem trivially small, when you apply even that prevalence to the population as a whole, where likely more than 100 million Americans have gotten sick, you get a very large absolute number of people suffering. (Though it’s also the case that many of these studies don’t distinguish between relatively mild after-effects and truly life-altering ones.) As with everything in the pandemic, you can look at relative risk and come to one conclusion (kids are pretty safe, say, at least compared to the middle-aged and elderly); and you can look at the absolute numbers and come to another (more than 500 kids have already died from the disease, and perhaps as many more could this fall and winter). That’s the hard part of dealing with a “novel” disease — bad outcomes can be really rare, relatively speaking, and still do an enormous amount of damage, given how many people are susceptible.

Justin: What are the implications for all of this?

David: You mean, where does that leave us? Well, personally I view all this optimistically, at least to start. That is to say, for me, the central fact about this stage of the pandemic is that we have dramatically reduced our overall mortality risk, perhaps by as much as 90 or even 95 percent. Given a certain amount of disease spread, in other words, we could expect much, much less death than before the vaccines.

Even putting aside the changing understanding of transmission dynamics, what we would expect to see in a population that is somewhat well vaccinated overall and very well vaccinated among the elderly — above 90 percent of seniors, comparable to rates in the U.K. and Israel — is a decoupling of cases and deaths. That is, indeed, what we have seen. The changing dynamics of transmission put that all sort of on steroids, since the vaccines don’t appear to be nearly as effective at stopping transmission as we expected. Everyone can choose to make sense of those facts themselves, I think, but for me, it is like we are now dealing with a different pandemic — still worrying, to be sure, but much less lethal than the one we faced last year. And when the Delta surge passes, probably pretty soon, we’re likely to see cases falling dramatically, too. At least until the next variant arrives.

What If Vaccines Don’t Really Stop the Virus From Spreading? added by admin on July 31, 2021
View all posts by admin →