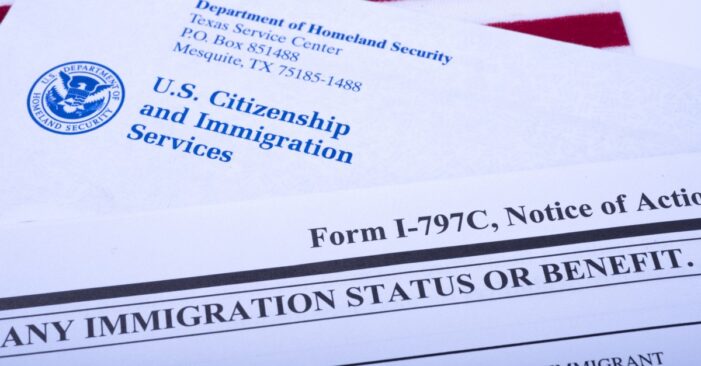 U.S. Citizenship and Immigration Services (USCIS) has begun implementing policies in recent weeks which expand access to lawful immigration status, employment, and humanitarian protections for people who were previously under assault by the Trump administration. ‘

These latest developments include a redesignation of Temporary Protected Status (TPS) for Haitians, a new policy on U.S. citizenship for children born abroad to surrogates, faster and easier access to Social Security cards for green card applicants, and Deferred Enforced Departure (DED) for residents of Hong Kong.

Temporary Protected Status for Haitians
On July 30, USCIS announced how eligible Haitians currently in the United States can apply for TPS.

TPS is a temporary immigration status provided to certain nationals whose home countries are experiencing problems that make it difficult or unsafe to be deported to those countries. TPS allows eligible nationals of the designated countries to live and work in the United States for a specified period.

The Department of Homeland Security (DHS) last designated TPS for Haitians in 2010 following an earthquake in that country that killed thousands of people. That designation was renewed until 2017 when the Trump administration tried to let it expire. A court blocked this decision throughout the remainder of the Trump presidency.

Secretary of Homeland Security Alejandro Mayorkas announced the renewed TPS designation for Haiti on May 22. The new designation will permit both those Haitians who already have TPS to renew it, and those who were not granted TPS in 2010 to apply for the first time. In explaining the reasons for the designation, Mayorkas pointed to the country’s “serious security concerns, social unrest, an increase in human rights abuses, crippling poverty, and lack of basic resources, which are exacerbated by the COVID-19 pandemic.”

Haiti’s TPS designation will be in effect for a period of 18 months. USCIS estimates that the designation will allow approximately 155,000 Haitians currently living in the United States to remain and work in the country until February 3, 2023.

The TPS redesignation for Haiti follows similar actions by the Biden administration for Burma, Somalia, Syria, Venezuela, and Yemen.

New policy on U.S. citizenship for children born abroad to surrogates
On August 5, USCIS announced a revised interpretation of U.S. immigration law that will allow children born abroad to parents who used “assisted reproductive technology” (ART)—such as surrogacy—to qualify for lawful permanent residence and U.S. citizenship. Previously, the agency required that a child’s genetic parents be married to one another for the child to be considered eligible for permanent residence or citizenship.

Under the new policy, children born abroad to married couples that include a U.S. citizen will not need to have a biological connection to the U.S.-citizen parent in order to be meet the eligibility requirements. The child will be considered eligible as long as one parent is a U.S. citizen and one parent is either genetically related to or gave birth to the child.

This policy ends unjust discrimination against same-sex couples whose children are born outside the country through surrogacy.

USCIS has been busy this year restoring the access of noncitizens to some of its programs, while also increasing the efficiency of other programs. Although much work remains to be done, these are steps in the right direction.