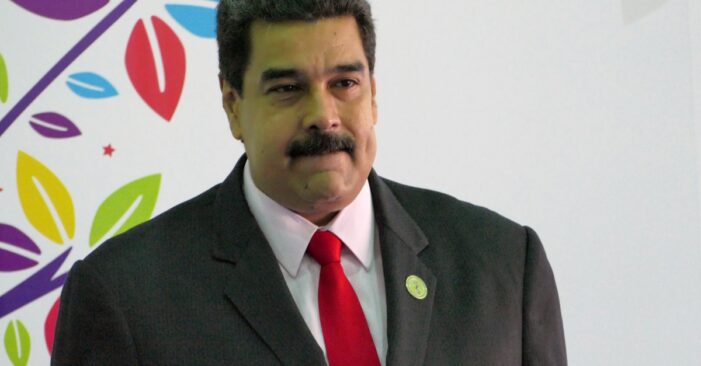 A US government delegation quietly traveled to Venezuela “for discussions about the welfare and safety of US nationals in Venezuela,” a State Department spokesperson told CNN on Monday.

The visit by Special Presidential Envoy for Hostage Affairs Roger Carstens and US Ambassador Jimmy Story, who heads the Venezuelan Affairs Unit, to the capital city of Caracas comes about a week after Matthew Heath, an American unlawfully detained there, attempted suicide.

Venezuelan President Nicolas Maduro acknowledged the visit by the delegation, which was first reported by The Associated Press, in a televised address Monday.

“As we speak, [National Assembly President] Jorge Rodriguez is hosting a delegation from the US government who arrived in Venezuela a couple hours ago, and he’s working to maintain the conversations we begun in March and the bilateral agenda between the US and Venezuela,” Maduro said. “He is in a meeting with them at this very hour.”

Jonathan Franks, the spokesperson for Heath’s family, said Monday that “if true, the reports of SPEHA Carstens’ trip to Caracas are an encouraging sign, both for Matthew and for the numerous other Americans held hostage in Venezuela with whom the Heath family stands shoulder-to-shoulder.”

“Matthew’s situation remains dire, and the family reiterates its plea to Presidents Biden and Maduro to arrange an emergency medical evacuation,” Franks said. “We are concerned that once authorities withdraw heavy sedation, Matthew will take the first opportunity he gets to attempt suicide again.”

Heath is one of at least eight Americans currently known to be wrongfully detained in Venezuela. Five of the six American oil executives known as the “CITGO 6” – Tomeu Vadell, Jorge Toledo, Alirio Jose Zambrano, Jose Luis Zambrano and Jose Angel Pereira – who were arrested in Venezuela more than four years ago, remain detained there, as do Americans Luke Denman and Airan Berry.

Two Americans who had been detained there, including one of the CITGO 6, were released in March following the visit of two top US government officials to Caracas.

In December 2021, Carstens traveled to Venezuela and was able to meet with US wrongful detainees.

The families of such detainees, some of whom have been imprisoned abroad for years, have called on the Biden administration to do more to secure the release of their loved ones and have increasingly sought to meet with President Joe Biden directly.

Last week, US Secretary of State Antony Blinken held a meeting with the families of US hostages and wrongful detainees, in which he did not promise a meeting with Biden, but sought to assure them that the administration is making every effort to bring their loved ones home.

While the families were largely appreciative of the conversation with the top US diplomat, some walked away frustrated by what they see as a lack of urgency and concrete action from the administration.

“Stop having meetings with us to check the box and start doing stuff that actually changes things for our families,” said Alexandra Forseth, whose father and uncle are part of the “CITGO 6,” said at the time.