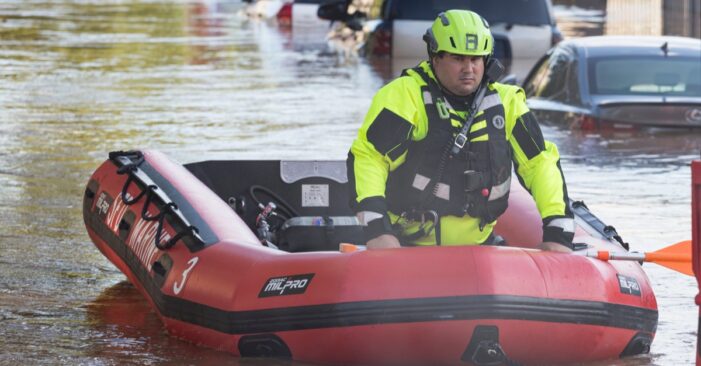 New Jersey has doubled the amount applicants can receive from a fund intended for workers who were ineligible for pandemic-related stimulus checks and jobless benefits, a move that comes after complaints from the workers that the application process is too cumbersome and the aid not generous enough.

Applicants can now receive $2,000 each, double the prior amount, and the amount of aid per household now maxes out at $4,000, up from $2,000. The $40 million Excluded New Jerseyans Fund is targeted largely at undocumented immigrants whose finances were imperiled by the pandemic but who have until now not received cash pandemic assistance.

The change was welcomed by some workers even as they said the fund remains too stingy. They note New York doled out $2.1 billion — up to $15,600 per applicant — to its undocumented community.

“With all that’s gone on, there’s no reason not to help us. How can New Yorkers get $15,000 and what do I get? Nothing,” said one undocumented woman who worked throughout the pandemic with no health insurance, and applied for the fund but hasn’t had her application processed.

The increase in the fund’s per-applicant aid was first reported by NJ Spotlight.

The fund was the focus of a Thursday rally outside the Statehouse in Trenton, where about 100 people gathered bearing signs that read “Essential and Excluded” and “Recovery for all is for all, not just for few.” One by one, undocumented residents stepped up to a microphone and told heartbreaking stories of losing family members to COVID-19, having to work without PPE and bringing the virus home, and falling more than a year behind on rent and bills.

The $40 million fund opened up in late October, and has received over 7,000 applications. Of those, more than 1,100 have been approved, and 380 were denied, the Department of Human Services said. Payments are being distributed weekly, and some approved applicants have started receiving the funds, a department spokeswoman said.

In New Jersey, workers can apply to the fund if they can show proof of loss of income, a positive COVID test result or medical bills, or a letter from their employer explaining cut wages or hours lost, another other things.

“We can’t apply because our employers won’t give us documents. We can’t prove why we lost our jobs,” said Norma Morales, a Lakewood resident who cleans houses. “We’re just asking for what we deserve, because we came here to work.”

At a clinic where migrants can apply to the fund, they pointed to major flaws in the application process, like being contacted to upload more documents when they’ve already posted the maximum amount, or getting no explanation of which documents they need to provide. Others reported being rejected even though they believe they are eligible. Some said they gave up trying, finding the process too time consuming for a benefit they characterized as insufficient.

Some said they felt the program was set up to fail, created just to placate them after months of protests by immigrants who said they needed financial assistance from the state.

Eva Loayza-McBride, spokeswoman for the Department of Human Services, said the state increased the amount applicants could receive because “available funds were greater than expected.”

“All approved applicants will receive the increased amounts, including those who completed their applications prior to the increase,” Loayza-McBride said.

She said the application process must follow certain guidelines because it is funded with federal COVID-19 relief dollars, and said there are multiple resources and community organizations helping people understand the application steps and submit the required documents.

Protesters at Thursday’s rally — attended by groups including Make the Road NJ, National Day Laborers, Cosecha Movement, and Wind of the Spirit — noted repeatedly that New York was far more generous with its excluded workers fund. Activists have argued for months that $40 million would not be enough for New Jersey’s 460,000 undocumented residents. Now, they’re worried there’s no chance of a second round of funds, pointing to the lack of aggressive outreach by state officials this time around.

The rally anchored a day of committee hearings and protests. Earlier in the day, domestic workers pushed for legislation (S4044) that would give them a “bill of rights.” Atlantic City casino workers also traveled to Trenton to urge lawmakers to pass a bill that would ban smoking in casinos.