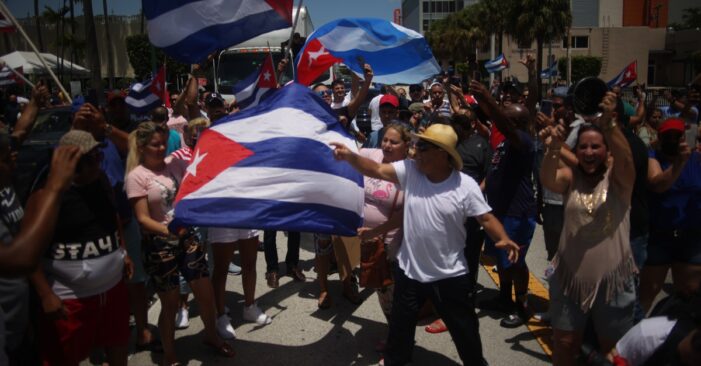 WASHINGTON/HAVANA, July 9 (Reuters) – The U.S. State Department announced visa restrictions on Saturday against 28 Cuban officials that it said were implicated in a crackdown on largely peaceful protests in Cuba nearly one year ago.

In a statement, the department said the restrictions would apply to high-ranking members of the Cuban Communist Party and officials who work in the country’s state communications and media sectors.

“In view of failed attempt to provoke popular uprising in Cuba in 2021, the US government and its Secretary of State are seeking to discredit people’s victory over imperialist aggression,” Rodriguez said.

Cuba has said the U.S. Cold War-era economic embargo, combined with alleged efforts to foment protests on the island, are aimed at toppling the communist-run government.

Authorities on the Caribbean island sentenced hundreds to jail time on charges from public disorder to sedition since the protests last July 11, the largest anti-government protests in decades. Other dissidents have fled the island to exile.