U.S. Immigration Agents to Pilot Use of Body-worn Cameras 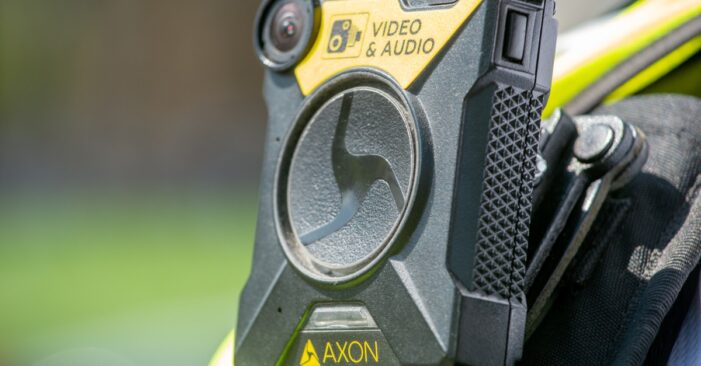 U.S. Immigration and Customs Enforcement (ICE) is rolling out a pilot program to test the feasibility of requiring immigration agents to wear body cameras, a senior agency official said on Tuesday, a move that could aid criminal investigations as well increase oversight of agents’ activities.

The cameras are expected to be rolled out first only among specialized teams in ICE’s Homeland Security Investigations (HSI) division to around 55 agents in offices in New York City, Newark, New Jersey and Houston, Texas, the official told reporters.

The HSI officers, who target transnational criminal organizations for money laundering, drug trafficking, smuggling, terrorism and other crimes, would use the cameras only in pre-planned operations.

The official said the pilot program will be expanded to immigration agents at ICE’s Enforcement and Removal Operations division in the near future, without giving a specific date. The agency said the timing is dependent on negotiations with the division’s union.

Earlier this year, Reuters reported on a plan to equip thousands of border agents of U.S. Customs and Border Protection with body-worn cameras as well.

Groups like the American Civil Liberties Union have called on expanded use of the cameras in law enforcement to provide a record of potential abuses. ICE has been criticized by some advocates for some of its agents’ tactics arresting immigrants in the country illegally.

Department of Homeland Security Secretary Alejandro Mayorkas, whose agency oversees ICE, said in a statement that with the pilot, the agency “is making an important statement that transparency and accountability are essential components of our ability to fulfill our law enforcement mission and keep communities safe.”

Under U.S. President Joe Biden, a Democrat who promised a more humane approach to immigration enforcement than his hardline predecessor, Republican Donald Trump, ICE arrests have dropped, with the agency focusing on those who pose national security or public safety risks.

The senior official said the pilot program would be “test driving” the cameras to assess their operational utility and financial costs.

The footage collected would be subject to freedom of information laws and could also potentially be used in criminal prosecutions.

The official said the cameras, which will be mounted on agents’ vests, shirts or helmets, would be provided by Axon Enterprises Inc (AXON.O), which also contracted to outfit the border agents.

The company declined to comment on the pilot program.