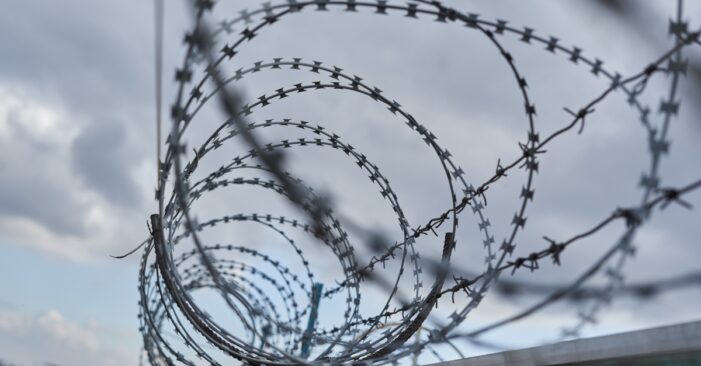 An American man filed a lawsuit alleging the U.S. government Monday held him for more than a month in immigration detention even though he was a U.S. citizen.

Brian Bukle, 61, sued in federal court alleging he was unfairly kept in an immigration detention facility when he should have been freed after serving a prison sentence in California.

Bukle, who was born in the British Virgin Islands, was transferred to the custody of U.S. immigration authorities in June 2020 after serving a sentence for assault and possession of a firearm, according to Asian Americans Advancing Justice – Asian Law Caucus, one of the organizations representing him.

He said he repeatedly told authorities he was American but was rebuffed by immigration agents, according to the suit. Bukle, who derived citizenship when he was 9 and his parents naturalized, was sent to the Mesa Verde Detention Facility in Central California for more than a month until an attorney got immigration authorities to verify his citizenship status and release him.

“After I served my sentence I thought I would be going home to see my son for Father’s Day,” Bukle, of Corona, California, said in a statement. “Instead, I came this close to being deported and losing everything, a nightmare that has stayed with me to this day.”

The lawsuit seeks unspecified damages. It said Bukle remains anxious and depressed and suffers nightmares about being deported.

The suit also raises questions about the reliability of databases used by U.S. officials to determine whether someone can be deported from the country. The databases are especially unreliable for people who derived citizenship through their parents when they were young, the suit said.