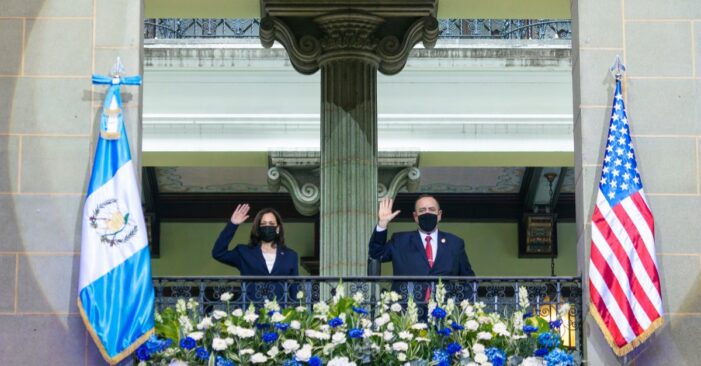 The Los Angeles Declaration on Migration and Protection signed by leaders from countries across the Western Hemisphere at the conclusion of this week’s Summit of the Americas commits their governments to expand legal migration pathways, support immigrant integration, invest in migration management, and coordinate responses to mass migration movements and displacement crises. While the agreement is nonbinding, it marks a significant step forward in creating a common language and a coherent set of ideas for more cooperatively managing migration movements across the Americas, a region that has seen very significant mobility in recent years.

Latin American and Caribbean countries have a long history of cooperation around migration and protection. This history includes several mobility agreements that allow people to move within specific subregions (including Mercosur, the Andean Community, CARICOM, and a group of Central America countries). There have also been attempts to synchronize humanitarian protection policies both through the Cartagena Declaration in 1984 and, most recently, the Quito Process, which has helped governments coordinate their response to the Venezuelan displacement crisis. However, none of these agreements have involved such a hemispheric-wide group of countries as the Los Angeles Declaration does and, perhaps even more importantly, none have as directly involved the United States and Canada until now.

What made the Los Angeles Declaration possible is that, for the first time in modern history, almost all the countries in the hemisphere are now host countries for significant migrant and refugee populations. Just a few years ago, the United States and Canada were the primary destinations for most migrants from Latin America and the Caribbean, while most other countries in the region had significant numbers of emigrants. When people in the Americas gathered to talk about migration, it was almost always a conversation between immigration and emigration societies. Of course, there was always some migration among countries in the region, but nothing on the scale of what exists today.

Since 2014, 6 million Venezuelans have left their country, with more than 5 million moving to other countries in the Americas—the largest numbers in South America and significant numbers in the Caribbean, Central America, and Mexico. Since a catastrophic earthquake in 2010 and ongoing political and economic crisis, several hundred thousand Haitians have left their homes for not only the traditional destinations of the Dominican Republic, the United States, and Canada, but also other countries in the Caribbean and Latin America. And northern Central Americans have been leaving in especially large numbers, mostly to the United States, but with several hundred thousand settling down in Costa Rica and Mexico too. In fact, there are few countries in the region that have not received large numbers of migrants and displaced people, and many have also become countries of transit for those heading elsewhere.

Today, when the countries in the hemisphere discuss migration, it is a dialogue about shared challenges in managing large movements that affect almost every country in the region from the southern tip of Chile northward to Canada in surprisingly similar ways.

It is significant that the Los Angeles Declaration was first proposed by the United States, a country that has generally been the most reluctant to discuss international cooperation around immigration management and policies. But it is a recognition of the increasingly hemispheric and truly regional nature and scale of migration movements that can no longer be managed in isolation, even by the hemisphere’s largest country. And the commitments put forward in the Los Angeles Declaration echo sensible ideas that have been on the table in other regional fora for years. The Declaration gained traction in earlier meetings among foreign ministers in Bogota, Colombia and Panama City, and several key countries in the region helped provide the core ideas that are in the final document, which lays out a set of four commitments for the future.

First, the countries agreed to try to stabilize migration movements by investing in the root causes that lead people to leave their countries and by supporting those countries that have already received large migrant and refugee populations. It makes sense to give people alternatives to migration, when possible, to reduce migration pressures, even if some of these efforts are likely to take significant time to succeed. And supporting countries that already host large migrant and refugee populations, such as Costa Rica, Colombia, Ecuador, Peru, Chile, Belize, the Dominican Republic, and Trinidad and Tobago, will help them integrate the new arrivals successfully into their societies, which will help these countries prosper while also preventing further onward migration. In one tangible commitment announced in Los Angeles, the U.S. government unveiled several new options for development financing geared to supporting these host countries, an important downpayment on the pledge to help these countries succeed.

Second, the countries agreed to expand legal pathways as an alternative to irregular migration. There is a gathering body of evidence that legal pathways can help deter irregular migration by channeling those who want to migrate into safer and more sustainable options, something that deterrence-only strategies have failed to accomplish. The Declaration calls for expanding temporary labor pathways, finding options for family reunification, and increasing efforts to provide humanitarian protection. While each country will have to decide what to do within its own national legislation and based on its own priorities, the commitment to expanding lawful options for mobility at a time of significant irregular migration and displacement in the hemisphere is a welcome direction to pursue. At the Summit, the U.S. government announced important ways of expanding labor pathways for Central Americans. Other countries, including Canada, Mexico, and Spain, did so as well, a topic that a forthcoming Migration Policy Institute report and webinar next week will address.

Third, the countries agreed to enhance their individual migration management capabilities and increase information sharing and coordination across borders to address smuggling networks, combat human trafficking, and conduct returns in ways that respect the dignity of those returned and avoid deporting those with valid protection claims. Until recently, most countries in the region had little reason to invest in their migration institutions, since there was comparatively little movement towards most countries, but that has changed quickly over the last five or six years. And there is still much that can be done to create communication and cooperation in managing basic migration processes across borders, especially among neighboring countries.

And finally, the countries agreed to create an early-warning system to alert each other to large cross-border movements, such as the Venezuelan displacement crisis or the large migration of Cuban nationals currently taking place. At present there is little systematic way of sharing this information or coordinating responses across several countries, so this is usually left to ad hoc measures that fall far short of meeting the challenge.

It is, of course, hard to know how the Los Angeles agreement will be implemented in practice. Like many other international declarations, it creates a set of shared proposals that governments agree they would like to pursue but leaves the actual details to later negotiations. However, this agreement is unique for the Americas in that it is the first attempt to create a common set of ideas about an issue that has risen to the top of policy concerns in many countries but, until now, had never generated a hemispheric conversation. And the early commitments from governments to specific deliverables suggests that there is momentum to do more that is actionable in the coming months to give form to the nonbinding commitments laid out in the agreement.

The Los Angeles Declaration will be successful if it is the first, not the final, word on migration cooperation in the Americas, and the spark for efforts yet to come.

This commentary was first published by the Migration Policy Institute at www.migrationpolicy.org/news/los-angeles-declaration-migration-cooperation.

Andrew Selee is President of the Migration Policy Institute, a nonpartisan research organization in Washington, DC.