The Editorial Board: Benjamin Makes the Right Decision 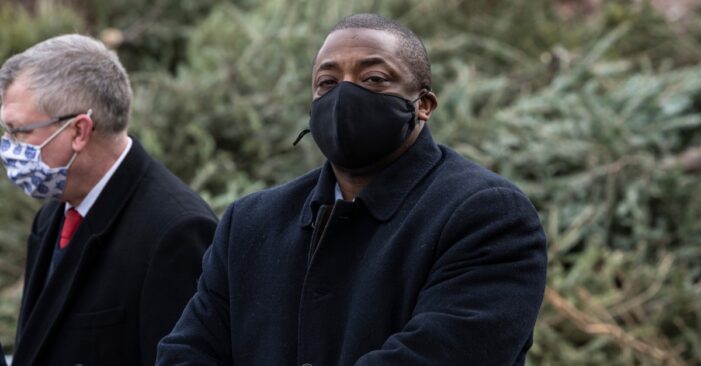 It was over by the end of the workday. In the morning, Lt. Gov. Brian Benjamin was charged with political corruption. Hours later, he resigned.

We don’t know that he’s guilty – neither do the political opponents who are making hay of his arrest – but the legal question is separate from the political ones.

The legal one is easily answered: Benjamin, Gov. Kathy Hochul’s second in command, is innocent unless he’s proven guilty. He surrendered early Tuesday based on federal charges of bribery, fraud and falsification of records as part of a bid to direct illegal donations to his failed 2021 campaign for New York City comptroller.

The political considerations are different. The charges compromise his ability to do the job that he assumed upon Hochul’s invitation last September. He needed to resign from a job in which he could no longer function.

“While the legal process plays out, it is clear to both of us that he cannot continue to serve as lieutenant governor,” Hochul wrote in a statement. “New Yorkers deserve absolute confidence in their government, and I will continue working every day to deliver for them.”

Like vice presidents, a lieutenant governor has few official responsibilities, but one is to step in if the governor is unable to act. A federal felony charge alleging political corruption makes that impossible.

What is more, Benjamin has become a cross for Hochul to bear. Opponents will beat her with it from now until November’s election. He owed it to her, to his party and to all New Yorkers to step down.

One question, in particular, is liable to dog Buffalo’s Hochul as she campaigns for election to the office she inherited last August. How well did her office vet Benjamin before nominating him as lieutenant governor?

As The New York Times reports, questions had arisen early in 2021 about the political contributions in question. Those donations could have allowed Benjamin to qualify for New York City’s generous matching-funds program.

The charges are a reminder that New York politics are some of the nation’s dirtiest. Their practice is bipartisan, but Democrats – for the moment, at least – control all the levers of state government. That makes this an excellent moment for them to show that they are serious about implementing ethics laws that are meant to make a difference.