The Disturbing Significance of the Proposed Asylum Ban 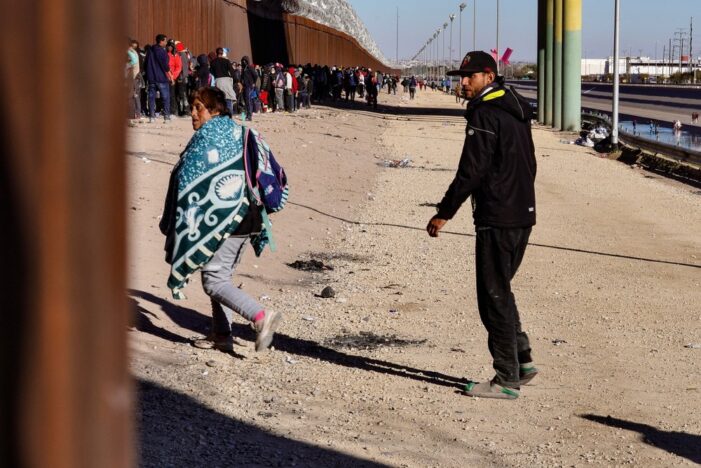 Washington, DC – Yesterday, the Biden administration unveiled its new policy vision for the border and asylum policy. Much of the related attention and focus was on the plan’s problematic expansion of Title 42, as well as the positive, though insufficient in scale, announcement of alternative legal pathways (read our full reaction from yesterday here). We applaud the expanded parole program, but it is not a replacement for a just asylum process.

However, potentially the most significant, lasting and pernicious element of the announcement was the news that the Biden Administration is proposing a new asylum ban – set for rulemaking – that is similar to the widely-condemned Trump/Miller approach. As the DHS description states:

“DHS and DOJ intend to issue a proposed rule to provide that individuals who circumvent available, established pathways to lawful migration, and also fail to seek protection in a country through which they traveled on their way to the United States, will be subject to a rebuttable presumption of asylum ineligibility in the United States unless they meet exceptions that will be specified. Individuals who cannot establish a valid claim to protection under the standards set out in the new rule will be subject to prompt removal under Title 8 authorities, which carries a five-year ban on reentry.”

In other words, if you seek asylum in the U.S. after fleeing through another country but did not seek or failed to receive asylum in the country through which you fled, you will be banned from seeking asylum in the U.S. except under certain exemptions. This is a direct violation of established U.S. asylum law which generally guarantees the right to apply for asylum to anyone who is “physically present in the United States or who arrives in the United States” whether or not at a designated port of entry “irrespective of” their immigration status. A similar policy was struck down by multiple courts when it was proposed by then-President Trump. While the specific wording of the new proposed rule will of course matter, policy experts are already sounding the alarm.

As Aaron Reichlin-Melnick of the American Immigration Council noted: “The Trump asylum transit ban applied at the credible fear stage. Like[ly] the same will happen here. The exceptions to Trump’s one were incredibly narrow, whereas this one seems to have a lot more, making it kind of a ‘kinder, gentler’ asylum transit ban—but a ban nonetheless.”

As Todd Schulte and the FWD.us assessed (full statement with additional context here), “…an effort to permanently disqualify and ban people from even seeking asylum on U.S. soil would represent an unacceptable affront to America’s long-standing promise to be a welcoming nation. It is tragically easy to envision how such a decision in the weeks ahead would remain our nation’s policy for decades.”

Someone running from persecution, religious or political targeting, violence or who fears violence upon their return must therefore take extraordinary measures before the U.S. will even consider allowing their claim to be evaluated by a judge or adjudicator. This is an extreme departure from how and why our asylum laws were established in the wake of World War II and after the U.S. shamefully refused entry to those seeking safety. The international adoption of asylum as a legal process through which the persecuted could seek safety is, under this proposed rule by a Democratic President, largely being abandoned.

The following is a statement from Vanessa Cárdenas, Executive Director of America’s Voice:

“A Democratic administration under a President who ran on restoring the nation’s soul should not be in the business of proposing any kind of asylum ban. If this policy prevails, it will be a dramatic departure from America’s commitment to asylum seekers and its international obligations. Full stop.

We should be finding ways to fix and fully resource our asylum process, not devising ways to prevent people seeking safety from accessing the asylum process under our laws. We seem to be losing sight of who asylum seekers are and what they are fleeing. They do not fit neatly into national quotas or conveniently into certain national origins and may not have the wherewithal to access a U.S. government computer app or line up a domestic sponsor while running for safety. The new proposed ban says most of those refugees will be left to fend for themselves regardless of whether they qualify for asylum under U.S. law.

Yes, there are challenges and concerns about how to operate given the twin realities of forced migration in the hemisphere and a Congress unable and unwilling to enact a legislative overhaul. But an asylum ban based on a refugee’s route of escape from persecution is an affront to our proudest traditions and interests.

We urge the Biden administration to reconsider. Furthermore, it will take a forceful pushback from Democrats and other Biden allies to oppose this aspect of the administration’s vision for severely restricting access to asylum for those fleeing violence, persecution and death.”