The Devastation of Immigration Services Fraud 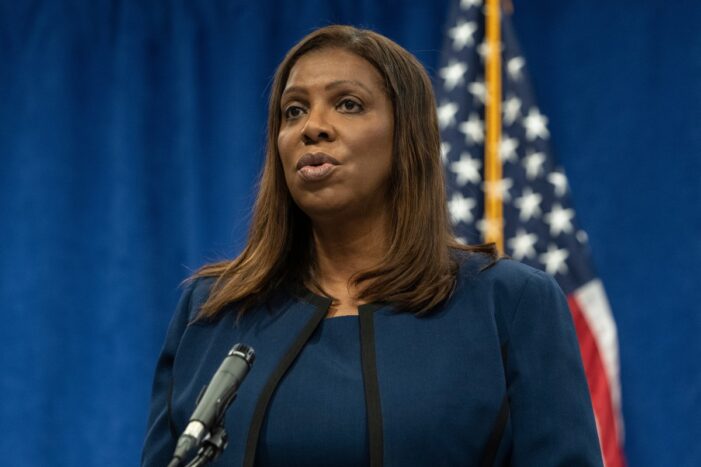 Immigrants who seek to adjust their immigration status can be at risk of being scammed by companies or individuals who provide unauthorized and fraudulent immigration services. Unscrupulous individuals’ prey on immigrants knowing that they are vulnerable, and fear complaining to authorities. The New York Attorney General protects immigrants who seek to adjust their status by enforcing federal, state, and local laws. The New York State Immigrant Assistance Services Law is just one among a body of comprehensive state laws that mandates important requirements for non-attorneys providing limited immigration assistance to the public. Some of the key provisions of the law governing such Immigrant Assistance Service Providers include the following:

•Providers cannot give legal advice or counsel a person on his or her eligibility for immigration status, including how to fill out answers on immigration forms;

•Providers cannot state directly or indirectly that he or she has special influence with or can obtain special favors or guarantee an outcome from the United States Citizenship and Immigrations Services, the Department of Homeland Security, the Executive Office for Immigration Review, or any other governmental entity;

•Providers cannot demand a fee in exchange for immigration forms or for a referral to a qualified legal service provider;

•Providers must provide written contracts in the language understood by the immigrant customer;

•Customers can cancel their contracts and get a refund and upon request have their original documents and immigration file returned to them, even if there is a fee dispute; and

•Providers must post clear multi-lingual signage about the limited scope of their services. The immigrant community is a fragile one. We spoke to Attorney Brian Figeroux of the Law Firm of Figeroux & Associates. Mr Figeroux has been practicing immigration law for almost 25 years and is a member of the American Immigration Lawyers Association (AILA). He shared the following: “When people come to the office with immigration issues, it’s a painful situation. If they have been taken advantage of and defrauded, they’ve been here for many years, undocumented, and exploited by their employers or fellow people from their own community. So, yes, pain is a common thing.”

Figeroux spoke on the pain and the devastation from Louison’s fraud: “So, one of the pains that people suffer, a lot of people in Kings County, especially from the Caribbean, is the pain that they have after Arleigh Louison, who is now deceased. He defrauded people by submitting fraudulent immigration applications on their behalf. There were lies in those applications that persons were abused by their spouses, children, or others, which did not qualify them for immigration benefits.”

Listen to Attorney Brian Figeroux speak on “Pain and Arleigh Louison” below:

Figeroux continued, “So, Arleigh Louison knew that you had pain. He was a notary, not a lawyer. Louison preyed on that pain and filed those fraudulent applications because he knew you would make bad decisions. You would make immoral decisions or Christian life decisions to have the ability to work in America. He also knew that you got to feed your children, wife, husband, and family back home. You need to send those barrels. He’s aware of it. And by being aware of your pain and your need economically to survive, he took advantage of you. It doesn’t matter what he said. You would sign those forms even though you didn’t know what was written on the documents, which is what many persons who Arleigh Louison defrauded said. And there are other notaries in the community that do the same. In fact, some bad lawyers do the same. So, when you have pain, you also must be careful to who you disclose your pain, and you must get a second or third consultation if you think what the person is saying is either illegal, immoral or will get you into trouble.

Problems for Victims/Clients of Arleigh Lousion
Yes, Louison has since passed. However, he has left a carnage of victims facing deportation and many immigration issues. What does this mean? Since Arleigh Louison was arrested for immigration fraud, the files of all his clients will be reviewed by the Immigration & Customs Enforcement agents (ICE). Additionally, every single client will be served a Notice to Appear (NTA) and be interviewed by ICE agents with the sole purpose of seeking admission to initiate deportation proceedings. The NTA is the first step taken by the American government to remove an immigrant from the country. Legal Assistance If you were a client of Louison, it is imperative that you consult with an AILA attorney and do not meet with ICE alone. You should also seek the advice of more than one counsel. Get a case evaluation. ASK THE LAWYER – call 855-768- 8845 or visit www.askthelawyer.us to schedule an appointment.