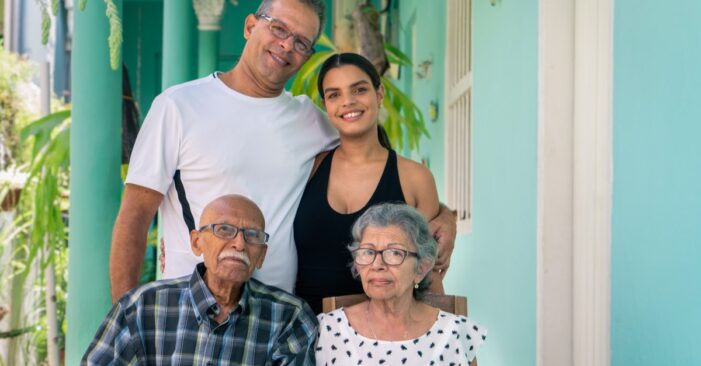 Hoping to cut down on the unprecedented number of Haitians and Cubans trying to reach the United States by boat and at its southern land border, the Biden administration announced Friday that it will be making it easier for individuals from those countries to reunite with families in the U.S.

The administration announced the resumption of the expedited Cuban and Haitian family reunification parole programs as part of a larger set of commitments in a regional migration partnership that will be announced late in the day at the conclusion of the Ninth Summit of the Americas in Los Angeles.

The Department of Homeland Security, which previously announced the restart of the Cuban Family Reunification Program last month without giving a target date, said Friday it would resume the program this summer.

DHS also announced that it will be increasing participation in the Haitian Family Reunification Parole Program starting this fall, after announcing in late 2021 the program remained intact despite an order from the previous president, Donald Trump, that it be terminated. Both programs allow family members of U.S. citizens and residents to bring their relatives faster than the regular process, allowing those individuals to wait for their permanent residency cards in the United States.

DHS’ announcements — part of an effort to cut the unprecedented number of migrants coming to the U.S. through “irregular” means — come as both Haiti and Cuba experience one of the largest exoduses of their citizens in years.

In the case of Cuba, over 1% of the island’s population of 1.1 million, about 115,000, have come to the United States in just seven months, between October and April, fleeing poverty and government repression. It is the largest exodus since 1980.

Meanwhile, more than 25,800 Haitians have been quickly expelled back to the Caribbean nation by the Biden administration since September, after crossing the United States’ southern border with Mexico — while tens of thousands of others remain in Mexico and elsewhere in Central America hoping to get to the United States. The U.S. Coast Guard, which has stopped more than 5,300 U.S.-bound Haitians at sea in rickety, overcrowded wooden sailboats since October, is also reporting the largest exodus of Haitians fleeing by boat since 2004.

“Both Cuban and Haitian people are confronting a humanitarian crisis and our policy focuses on empowering people to help them create a future free from repression and economic suffering,” DHS said in a statement. “Expanding access to lawful migration pathways offers migrants safe and orderly alternatives to irregular migration and its numerous dangers and indignities.”

The Cuban family reunification parole program was suspended in 2017, when the Trump administration shut down consular services in Havana after the unexplained incidents affecting the health of U.S. diplomats. Since then, about 22,000 cases have been pending, according to official estimates.

Under the parole program, family members of U.S. citizens and lawful permanent residents, who are living in Cuba or Haiti and had already been approved for a family-based immigrant visa, have their reunification in the U.S. fast-tracked.

Two years after President Trump suspended the Cuban Reunification Parole Program, he terminated Haiti’s participation in the expedited reunification program, which allowed Haitians who were eligible to receive a green card in two years to wait it out in the United States with relatives.

Trump’s decision came as part of an executive order on border security and immigration enforcement measures that limited access to asylum, expanded the use of detention, enhanced enforcement along the U.S.-Mexico border and ensured that parole into the U.S. was exercised on a case-by-case basis.

Late last year, the U.S. Citizenship and Immigration Services announced that DHS had reversed Trump’s decision regarding the Haitian Family Reunification Parole Program and that the program, which took effect in 2015 under the Obama administration, would continue. However, participation would be by invitation only.

USCIS rightly noted that its field office in Port-au-Prince had been permanently closed in December 2019. At the time, U.S. officials cited COVID-19 as the reason.

Even if the expedited family reunification program were to suddenly be expanded as a means to address the irregular flow of Haitian migrants, it would still only address a small fraction of Haitians trying to flee and would need to be scaled up immensely.

Guerline Jozef, the co-founder of the Haitian Bridge Alliance, said while they welcome the news of the resumption of the family reunification programs for Haitians and Cubans, “it’s hard to celebrate this win, as the U.S. announces at the end of the Summit of the Americas a multilateral agreement to encourage counties in the Americas to target people in mobility and have them deported to the same danger they are fleeing.”

“Haitian migrants will be the most targeted and impacted from these policies, as they fall prey to smugglers without equal access to asylum protection,” said Jozef, whose work focuses on Haitians and other Black migrants. “We encourage governments to reject these tactics and promote real equity, sustainability, and safety in Haiti so people can thrive at home instead of being forced to use irregular migration and make these dangerous journeys in order to survive.”

Before its termination, advocates argued that it was still taking too long for Haitians to be reunited with their families in the United States. Upon announcing the program’s termination in August 2019, only 8,302 Haitians had received travel documents under the parole program as of that June.

Since last fall, the U.S. State Department has been strongly advising U.S. citizens not to travel to Haiti and even to leave, due to the gang violence and rampant kidnappings. It has also reduced its staffing and placed limits on their movement in the country. The reduction in staffing at the U.S. Embassy in Port-au-Prince has led to long waits, sometimes at least a year for regular visa appointments, and long processing times for applications.