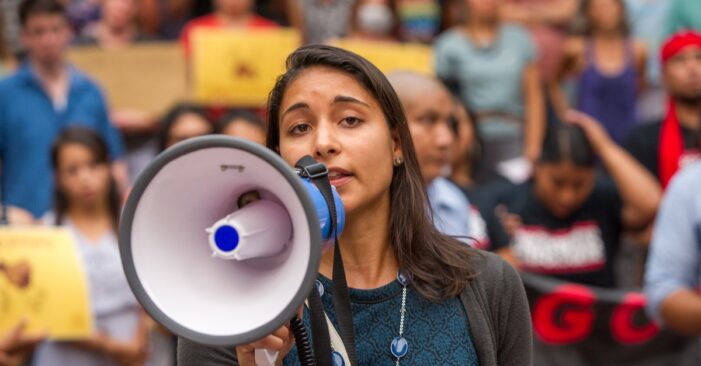 As European countries and other nations around the world receive, with open arms, Ukrainian refugees fleeing from the bloody Russian invasion, in this part of the planet, heartbreaking stories of thousands of other migrants continue to arise. Those trying to come to the United States or its territories—many with the hope of obtaining asylum—find themselves in a permanent duel against death, which often wins.

On that, the tally of deaths has not been low in recent months. According to the International Organization for Migration (IOM), at least 650 people lost their lives in 2021 attempting to cross the U.S.-Mexico border—a strip of land that, on top of being the most transited, guarded, and with the largest commercial exchange in the world, has also turned into a graveyard of hopes.

But that is not the only geographic area on this hemisphere where migrants are risking everything, even their lives.

Some days ago, news circulated about a group of Haitian migrants, rescued in their attempts to come to Puerto Rico from their home country. According to press reports, the group was made up of 51 adults and nine infants. The nine babies died on the journey, and the captain ordered their bodies to be thrown into the sea where, according to survivors, they were devoured by sharks.

The Customs Office in Puerto Rico confirmed the rescue, but clarified that they could not corroborate information about the babies dying, having been thrown into the sea and eaten by sharks, despite the fact that a Haitian religious activist helping them confirmed that the mothers themselves narrated this horrible scene.

No mother could lie about this seminal loss, much less forget the time or circumstances. This will always be the “before” and “after” of their fractured migration experience.

Unfortunately, this is neither the first nor the last time this horror story will be told. Here there were survivors who confirmed what happened. That journey to Puerto Rico, through the gloomy “Canal de la Mona,” (Mona Passage), which connects the Atlantic Ocean to the Caribbean Sea, is undertaken especially by Dominicans and Haitians and, more recently by other nationalities, with the hope of reaching U.S. soil and from there, moving on to the continental U.S. somehow.

They are the “carne de la mar” (meat of the sea), as the Dominican musician Juan Luis Guerra put it in his song “Visa para un sueño” (Visa for a dream). And when the visa transforms into death, instead, every moment in that journey becomes a memorial to the eternities, the voices, and the longings of those who wanted, anxiously, to reach the other side of hope.

In Puerto Rico, undocumented immigrants arrive by sea on a daily basis. Some arrive and are detained and deported; others, if they request asylum, can be sent to Miami to continue the process; another group doesn’t live to tell the tale and ends up forming part of this human mass that risks their lives at various points around the world, every day, looking for opportunity and refuge.

That is, the vast and moral desert that marks the route toward the U.S. border is also a migrant cemetery, as is the Caribbean Sea and many other places around the world.

But as we are focused on the United States, this most recent tragedy involving Haitians is a sad and outrageous reminder of the urgency of action on immigration reform so that it legalizes undocumented people and also reform asylum laws to make them more humane and efficient.

And this is not a demand that should be made in a vacuum, since like it or not, human displacement constantly tests the world and its infrastructure, including this division between nations who have everything—not through an act of magic but because throughout history they became pillagers—and poor nations, who were historically the pillaged.

In the short run and without congressional intervention, it’s time for the Biden administration to stop applying the nasty Title 42 first implemented by Donald Trump which, invoking the Covid-19 pandemic, keeps asylum seekers from Haiti and other countries from applying in the United States.

The solidarity with Ukrainians refugees confronted by Russian barbarism is to be applauded. But at the same time, this same solidarity should be shown toward refugees from other nations and of other colors, whose lives are also worthy.