Slain Police Officer Grew up in Immigrant Family in Inwood 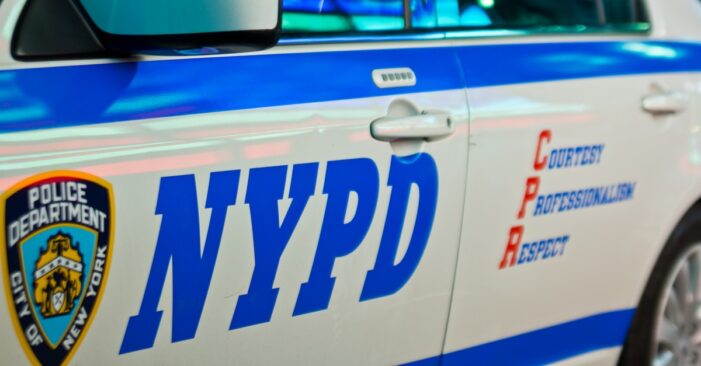 The first-year police officer who was shot and killed while responding to a call in Harlem on Friday night was a son of Inwood.

Jason Rivera, 22, wrote that seeing the strained relationships between police and residents while growing up in Inwood made him want to join the force so he could improve the dynamic between law enforcement and communities.

Patch received an electronic copy of Rivera’s letter to his commanding officer in the police academy titled “Why I Became a Police Officer.” It was written in November 2020.

“Growing up in Inwood Manhattan, the community’s relationship between the police and the community was not great,” Rivera wrote. “I remember one day when I witnessed my brother being stopped and frisked. I asked myself why are we being pulled over if we in a taxi.”

“I was too young to know that during the time, the NYPD was pulling over and frisking people at a high rate. My perspective on police and the way they police really bothered me,” Rivera added. “As time went on, I saw the NYPD pushing hard on changing the relationship between the police and the community. This was when I realized that I wanted to be a part of the men in blue, better the relationship between the community and police.”

The news of Rivera’s death and his Inwood connection circulated around numerous uptown community Facebook groups Friday night and Saturday morning. Hundreds of people sent their condolences and voiced their sadness over the young police officer’s death.

Here is the first paragraph of Rivera’s letter from the police academy, in which he talks about how growing up in an immigrant family also drove him to join the force.

“When I applied to become a police officer, I knew this was the career for me. I would be the first person in my family to become a police officer. Coming from an immigrant family, I will be the first to say that I am a member of the NYPD, the greatest police force in the world. Growing up in New York City, I realized how impactful my role as a police officer would go in this chaotic city of about 10 million people. I knew that something as small as helping a tourist with directions, or helping a couple resolve an issue, will put a smile on someone’s face.”

Rivera was shot and killed Friday night while answering a call about an argument between a woman and her adult son alongside Officer Wilbert Mora, 27, who remains hospitalized in critical condition.