On Immigration, Biden Regains His Footing 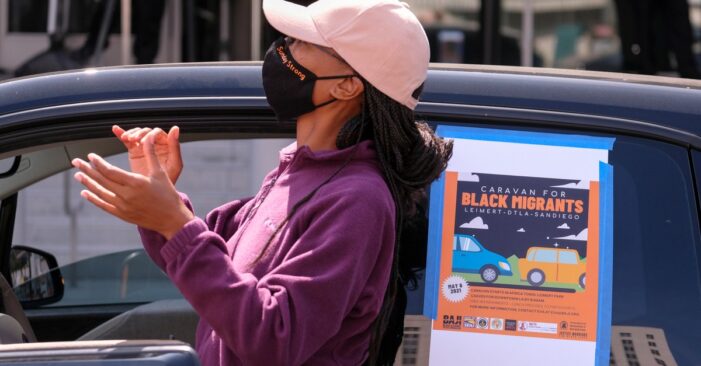 A woman takes part in a car caravan to call for the Biden administration provide a pathway to citizenship for the 4 million Black migrants in the United States, in Los Angeles, May 6, 2021. (Shutterstock)

President Biden seems to have his immigration mojo back.

In the last three weeks, however, the administration has made significant progress in managing the arrivals at the southern border, and is back on the front foot on immigration.

According to Frank Sharry, Executive Director of America’s Voice:

The Biden administration is regaining its footing on immigration. It’s a reminder of why elections matter. It revives hope that we will be able to move forward to build a fair, humane and functional immigration system and enact transformative legislation that puts millions on pathways to citizenship.

Of course there is a lot more to do, including lifting Title 42 restrictions, restoring asylum, extending TPS to other nationalities from Africa and Central America, and reforming and reducing our nation’s bloated detention and deportation machinery, in addition to winning citizenship for millions.

The Biden administration is back on offense. Now is the time to put the pedal to the metal.