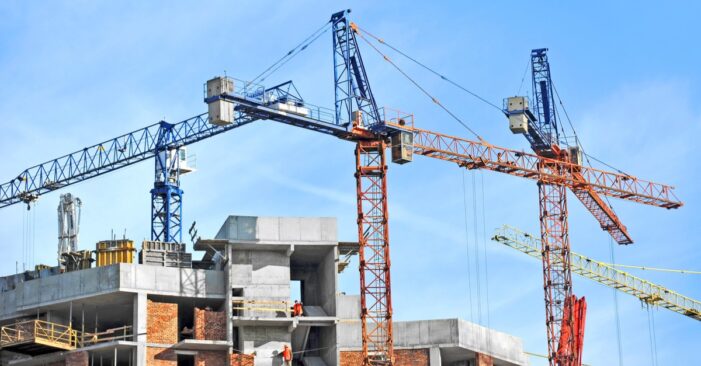 NEW YORK, NY: The New York Committee for Occupational Safety and Health (NYCOSH) released its annual construction fatality report on February 10, “Deadly Skyline: An Annual Report on Construction Fatalities in New York State.” The report, which analyzed newly available data from 2020, found that the construction industry in both New York State and New York City remained far more dangerous than the rest of the country, despite widespread work stoppages resulting from the COVID-19 pandemic.

In New York City, the construction fatality rate decreased for the first time after three years of consistent increases, yet remains above the national average, accounting for 22% of worker fatalities. While more long-term data are needed to determine the causes behind this decrease, the construction slowdown caused by the pandemic likely played a role.

The report also found that, in 2020, OSHA conducted the lowest number of inspections in the agency’s history. This is also likely a result of the construction shutdown, but more analysis is needed to determine how this historic drop in oversight will set back efforts to safeguard worksites in subsequent years.

Latinx construction workers continue to be disproportionately likely to die on the job in New York State. In 2020, Latino workers made up 18% of worker fatalities while they comprised only 10% of the state population. The report also found that non-union job sites remain especially dangerous for workers, with 79% of worker deaths taking place on non-union worksites.

“New York should be a national leader in worker safety, but the data reveal that we continue to lead the nation in construction worker fatalities, despite COVID-19 shutdowns. Lawmakers must protect and expand safety regulations to hold negligent contractors and companies accountable when they endanger workers. While we are fortunate to have many strong protections on the books – such as the scaffold safety law – we still need stiffer consequences, and I urge lawmakers to act,” said Charlene Obernauer, NYCOSH Executive Director.

“This report makes clear that much more must be done to ensure that the safety of workers remains the number one priority on all construction sites across New York,” said Gary LaBarbera, President of the Building and Construction Trades Council of Greater New York. “The rate of construction fatalities in New York is unacceptable, and it’s critical that decision makers continue to advance measures that bring the operation of all construction sites in line with the safety standards and protocols required at union construction sites. I urge lawmakers to continue to defend the state’s scaffold safety law, increase oversight and enact stiffer penalties against bad actors.”

“It is unconscionable that corrupt contractors and irresponsible companies profit at the expense of immigrant workers’ safety,” said Diana Moreno, Interim Executive Director of New Immigrant Community Empowerment (NICE). “Latinx and non-union workers must be able to make a living while staying alive. Community organizations like NICE train and educate workers to stay safe, but without stronger regulations, our efforts are not enough. We need the support and leadership of New York lawmakers to end this epidemic of fatalities in construction.”

Lawmakers must enshrine greater protections into law to ensure that every construction worker can trust that they will survive to go home to their families every day.”

Other key findings include:

The construction fatality data do not include the many construction workers that perished due to on-the-job exposure to COVID or other occupational illnesses.

The construction industry as a whole is facing a nationwide crisis with respect to the availability of qualified labor. With the demand for labor outstripping supply, construction employers need to expand their recruitment efforts to previously untapped labor sources, including women. Thus, they need to ensure that the work environment is “woman friendly.”

The number of women employed in the U.S. construction industry grew substantially, by 81.3% from 1985 to 2007; however, due to a loss of over 2.5 million construction jobs from 2007 to 2010, there has been a sharp decline of women working. Since its peak in 2007, more than 300,000 women workers left the construction industry by 2010. While only 9% of U.S. construction workers are women, which is a relatively small percentage compared to other industries, there were still over 800,000 women workers employed in construction (i.e., managerial, professional, administrative, and production employees) in 2010. Of those, approximately 200,000 were employed in production occupations, such as laborers, electricians, plumbers, etc.

Today, nearly 60% of women aged 16 and over participate in the workforce. While women have made some gains in occupations traditionally occupied by men, construction trades remain overwhelmingly male dominated. In 1970, when OSHA was enacted, women made up less than one percent of workers in the construction trades. By 1995 that percentage had only grown to 2.3 percent.

The small percentage of females working in the construction trades and the serious health and safety problems unique to female construction workers have a circular effect. Safety and health problems in construction create barriers to women entering and remaining in this field. In turn, the small numbers of women workers on construction worksites foster an environment in which these problems arise or continue.

Very little information has been collected on the safety and health concerns of women construction workers. The report, Women in the Construction Workplace: Providing Equitable Safety and Health Protection, summarized findings from three studies that were designed to help identify and understand the health and safety hazards encountered by female construction workers. The first study, conducted by Chicago Women in Trades (CWIT), used mail surveys, phone interviews, and focus groups to ask 200 Chicago area tradeswomen about issues affecting their work. Although safety and health were not the primary foci of the study, concerns about these issues were uncovered in the responses to other questions asked in the study. The second and third studies were conducted by NIOSH.

Fifty-five tradeswomen participated in the first NIOSH study through focus groups, one-on-one interviews, or surveys. Using the findings from the first study, the second NIOSH study collected data from 213 tradeswomen during half-hour phone surveys. The two NIOSH studies focused specifically on health and safety issues affecting women construction workers. The findings support the importance of creating policies and initiatives to address and improve the working conditions faced by tradeswomen.