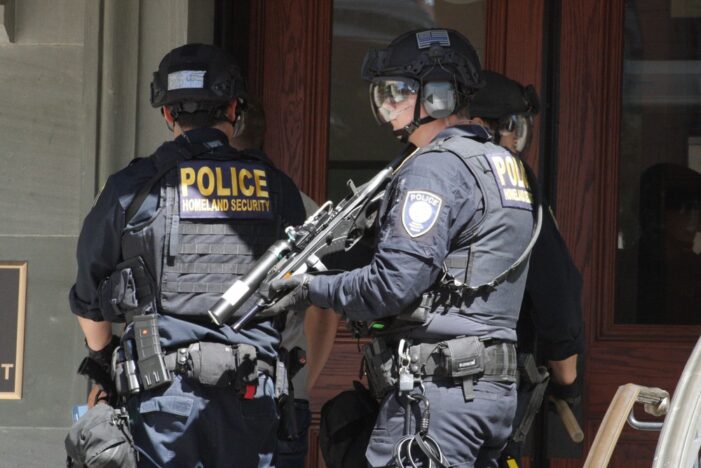 Thousands of immigration court cases have been dismissed this year for an astonishing reason: U.S. Customs and Border Protection (CBP) has failed to file the most basic paperwork with the courts.

According to a report released last week by the Transactional Records Access Clearinghouse (TRAC) of Syracuse University, tens of thousands of cases across the country were being closed over CBP’s failure to complete what it called a “ministerial task.” TRAC received data through Freedom of Information Act requests that showed judges are closing these cases because the Notice to Appear (NTA)—the summons that initiates a court proceeding—was not being filed with the courts.

There are generally two steps for an immigration court removal proceeding to be initiated against a noncitizen. First, a Department of Homeland Security (DHS) official determines that they believe someone is in the United States unlawfully. When this occurs at or near the border, generally CBP makes the determination that the person is inadmissible and should be removed. CBP will issue an NTA to the noncitizen, which contains the reasons why the official has determined they do not have permission to be in the United States and orders them to appear at a particular immigration court at a certain time and date.

Then, as a purely administrative step, CBP must file the NTA with the court system itself through an online portal. CBP has skipped this second step in thousands of cases, resulting in the cases themselves being dismissed.

There has been a dramatic increase in cases being closed for this reason in the last year. According to TRAC, this seems to coincide with when CBP itself was given the responsibility of filing the NTAs with the courts, as opposed to ICE. However, around the same time the process was also centralized, using the relatively new electronic EOIR Courts and Appeals System (ECAS) filing system, which should make filing the NTAs a simple process.

The effects on the courts vary widely. The Miami “Dedicated Docket” set up for asylum seekers arriving from the border has had an extraordinary 81% of cases so far in 2022 closed due to the lack of a filed NTA. While not universal, it seems that the Dedicated Dockets are more likely to be affected than the regular dockets, even in the same city.

Because the data only shows the court where the case was closed, but not which CBP offices are involved, TRAC was unable to determine if there was a pattern of specific CBP field offices responsible. Whether it is one field office or several that are responsible, it is clear that CBP is failing to complete a basic administrative task that is affecting tens of thousands of people this year.

The failure to file the NTA has caused enormous confusion amongst noncitizens and their counsel. It can also interfere with a noncitizen’s appropriate and timely processing of an application. While for some, the closure of a removal proceeding may be welcome, for others it can delay requests for asylum and other relief. The noncitizen is being given the NTA, making it appear to them and their attorneys that a removal case has begun—and yet the case may not actually have started.

The report revealed a huge waste of time and money, with noncitizens not knowing whether they need to show up for court and courts closing cases that should otherwise be adjudicated. It is yet another example of our profoundly broken immigration system.