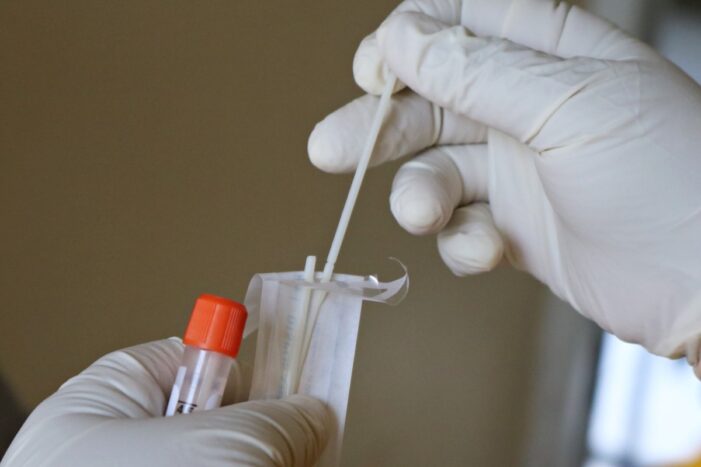 Omicron variants are driving new infections across the world, proving to evade antibodies.

Why it matters: Preliminary research from the University of Tokyo suggests that the alpha and delta strains produced more severe illnesses compared to omicron, which creates cold or allergy-like symptoms, per The Independent.

But this research reveals something more important — the new omicron variants have evolved to target lung cells again, drawing similarities to its origin strains.

What they’re saying: The risk that strains BA.4 and BA.5 pose “to global health is potentially greater than that of original BA.2,” said Dr. Kei Sato, the study’s lead author, per The Guardian.

“It looks as though these things are switching back to the more dangerous form of infection, so going lower down in the lung,” said Dr. Stephen Griffin, a virologist at the University of Leeds, per the report.

By the numbers: Earlier in June, the BA.4 and BA.5 only constituted 6% and 7% of all cases in the U.S., respectively. Three weeks later, the BA.5 strain alone makes up 23.5% of cases in the U.S., while BA.4 has a hold on 11.4%, according to the Centers for Disease Control and Prevention tracker.

Do vaccines work?: Industry experts in Japan, scientists in South Africa and researchers at Columbia University all concluded that the vaccines and prior infections offer less protection against the newest strains, BA.4 and BA.5, compared to older omicron strains like BA.1 and BA.2, wrote Betsy Ladyshets for Time magazine.

Worth noting: South Africa has already experienced the wave from the BA.4 and BA.5 variants, which turned out to be less deadly. Tulio de Oliveira, the director of the Centre for Epidemic Response and Innovation at Stellenbosch University in South Africa, said the wave may have been less deadly because hospitals were empty and ready to receive patients or because the population already had a strong immunity, whether through vaccines or previous infection, per The Guardian.

Symptoms for omicron can appear from two to 14 days after exposure.