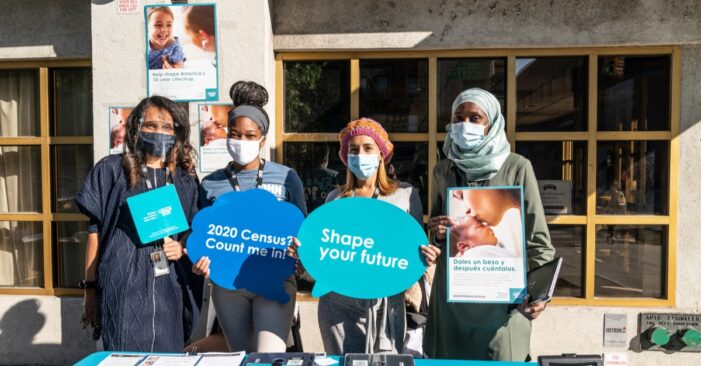 More than two-thirds of U.S. counties saw natural decreases in population between 2020 and 2021, according to the latest estimates from the U.S. Census Bureau. This means that almost 2,300 counties across the country had more deaths than births, providing further evidence that the United States is growing at its slowest pace in its history.

This trend could be offset by immigration, but only if more people choose—and are able to—move to the United States.

Though much of the downward trend is due to COVID-19, which has killed almost 1 million Americans since early 2020, other trends have also contributed to this demographic slowdown. While people are choosing to have fewer children or no children at all, birth rates in the United States have continued to fall to their lowest levels in decades.

This is a challenge to America’s future prosperity because a stable, if not growing, population is one of the foundations of a healthy economy. Industries need workers to meet demand and expand, businesses need a consumer base to survive, and governments need a solid tax base to pay for services and infrastructure. A shrinking population is an inversion of this cycle.

Absent immigration, the U.S. could soon find itself in a demographic predicament similar to Japan’s, in which fewer numbers of working adults are forced to support an ever-growing population of elderly people.

Amid this demographic shift, international migration has played an important role to help sustain U.S. population growth. The Census’ new numbers show that 71% of counties had more immigrants move in from abroad than leave. Despite this overall net positive, the number of people immigrating to the U.S. between 2020 and 2021 plunged to its lowest level in the past decade, with only 245,000 people migrating from abroad. In comparison, between 2011 and 2018, at least double this number—500,000—of new immigrants arrived each year.

As a result, in many parts of the country, international migration helped offset population declines but was not large enough to fully reverse the trend. In large urban areas that typically attract large numbers of immigrants, such as New York City, Miami, and Los Angeles, the data suggests that losses due to urban dwellers moving out to suburbs and smaller cities were not balanced out by new immigrants this year as they have been in the past.

Digging deeper, we also find that 40 counties would have recorded population losses had it not been for new international migrants. These counties include several important cities, including New Haven, Conn., Salt Lake City, Utah, and Durham-Chapel Hill, N.C., despite being a small fraction of all U.S. counties. In New Haven County, Conn. alone, the population would have shrunk by almost 1,000 people, rather than keeping its population stable.

These numbers reveal that new immigration remains a key element of population growth and stability in the United States, perhaps more now than it has ever been, given recent domestic demographic trends. While alarming, it is important to note that 2020-2021 was indeed an abnormal period dominated by a pandemic causing global, economic, and social disruptions.

The silver lining is that the slowing of the U.S. population growth may be reversed if migration patterns eventually return to their pre-pandemic levels. The steep decrease in international migration has been the combined result of the coronavirus pandemic and restrictive immigration policies implemented by the Trump administration. With COVID-19 mitigation measures being lifted across the U.S. and around much of the world, the Biden administration must now work to restart our system of legal immigration in earnest so that people who qualify to come to the U.S. under current law may do so efficiently and so that we can begin to reverse current demographic trends before it is too late.