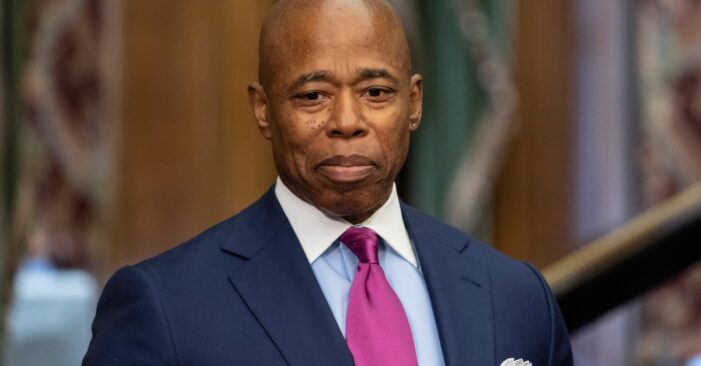 Today, Mayor-elect Eric Adams announced that his swearing-in ceremony will take place on Saturday morning in Times Square, shortly after the Ball Drop signifying the arrival of the New Year. The Mayor-elect will be sworn in as the 110th Mayor of New York City by the City Clerk, and will use his family’s Bible to take the oath of office. He will be joined by members of his family to celebrate this historic moment.

“Times Square has long been synonymous with the New Year — a place of excitement, renewal, and hope for the future. These are the same themes that animated my campaign and will inform my mayoralty, as I prepare to lead the city out of this challenging period. I am deeply humbled to officially take the oath of office at this iconic occasion, and to participate in the transfer of leadership that is a cornerstone of our democracy,” said Mayor-elect Adams.

Mayor-elect Adams, Comptroller-elect Brad Lander, and Public Advocate Jumaane Williams recently decided to postpone their joint inauguration ceremony, which was initially scheduled to take place at the King’s Theater in Brooklyn on the evening of January 1st, due to the recent surge in COVID-19 cases. They plan to hold an inauguration ceremony at a later date, in accordance with public health and safety protocols.