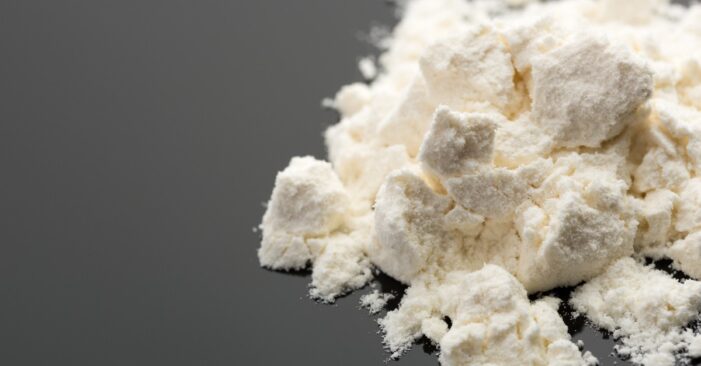 Last month marked 35 years since President Ronald Reagan signed into law the Anti-Drug Abuse Act of 1986, which established a racially discriminatory 100:1 sentencing disparity between crack and powder cocaine. As a result of this legislation, for example, possession of 5 grams of crack cocaine, which was disproportionately consumed by African Americans, triggered an automatic five-year jail sentence — whereas 500 grams of powder cocaine, which was mostly consumed by richer, White demographics, merited the same punishment.

The disparity is glaring, especially when considering that White people are actually more likely than Black people to use crack cocaine in their lifetimes. It subverts justice, undermines confidence in the criminal-legal system, and has disproportionately ripped apart Black families and devastated Black communities across the nation.

Twelve years ago, the federal government acknowledged that something needed to change. Shortly after Barack Obama became president in 2009, the Department of Justice, for the first time, endorsed completely eliminating the sentencing disparity. The following year, President Obama signed into law the Fair Sentencing Act (FSA), which partially addressed the disparity by reducing the ratio from 100:1 to 18:1.

In 2018, the First Step Act made the ratio reduction retroactive — and as a result, more than 3,705 people serving unjust sentences under the 100:1 sentencing scheme have received reduced sentences, and more than 2,000 people have been released. But advocates and lawmakers continue to call for the complete elimination of the racist disparity.

The Eliminating a Quantifiably Unjust Application of the Law (EQUAL) Act, which the House passed in September with an overwhelmingly bipartisan 361-66 vote, would complete the revisions made by the FSA more than a decade ago. It would eliminate the disparity between crack and powder cocaine altogether and make that change retroactive, providing an opportunity for redress to those serving excessively long sentences.

While testifying before the Senate Judiciary Committee last month, Attorney General Merrick Garland affirmed the Department of Justice’s support for the legislation. When Sen. Booker asked Attorney General Garland if he believed it’s time to end the sentencing disparity between crack and powder cocaine, he replied, “Yes, I do believe that…It clearly does have a disparate impact on communities of color…We should end this.”

And, on the anniversary of the Anti-Drug Abuse Act, Booker joined Senate Judiciary Committee Chair Dick Durbin, D. Ill., to speak out on the Senate floor in support of passing the EQUAL Act and ending this disparity.

“We can’t change the past, but we can make for a better future. We can’t undo the disparities that have disproportionately sent African Americans to prison, but we can make for a more equal and more just future,” Booker said while speaking on the Senate floor. “This is our moment. It is a moment of redemption to right past wrongs, to set this nation on a more just course, to bend the arc of the moral universe more towards justice.”

That is exactly what the EQUAL Act would do. The legislation is a bold step that will address the damage wrought by mandatory minimum sentencing and begin to transform our criminal-legal system into one that delivers true justice and equality.

As Dr. Martin Luther King, Jr. said, “An unjust law is a code that is out of harmony with the moral law.” That’s why the Senate must pass this important racial justice legislation as soon as possible.