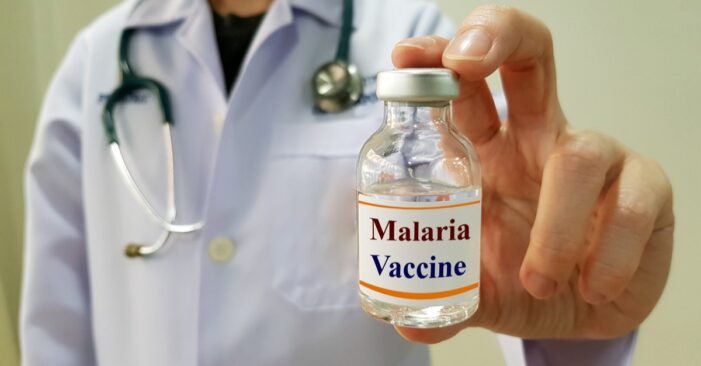 The World Health Organization, acting on the advice of its scientific advisers, announced Wednesday that it would recommend a broad rollout of a much-needed malaria vaccine, saying pilot testing had shown that it was safe and could be effectively deployed in remote and rural settings.

The decision, which was announced by WHO Director-General Tedros Adhanom Ghebreyesus, marks a landmark moment in the fight against malaria, for which no other vaccines exist. The disease killed roughly 400,000 people in 2019 — the most recent year for which statistics are available — mostly in sub-Saharan Africa. The biggest toll is on young children; an estimated 279,000 children under the age of 5 died from malaria in 2019.

“As some of you may know, I started my career as a malaria researcher, and I longed for the day that we would have an effective vaccine against this ancient and terrible disease,” Tedros said during a news conference from Geneva. “Today is that day, an historic day.”

He said he believed the vaccine — the first for a human parasite — would save tens of thousands of lives.

The vaccine, known as RTS,S and developed by GSK, is given in four doses. The complexity of delivering a four-dose regimen in low-resource settings had raised concerns about how useful the vaccine could be in the real world. For that reason, the WHO’s vaccine advisers previously recommended the vaccine be used first in a pilot program. That program began in 2019, with Ghana, Kenya, and Malawi deploying the vaccine.

All three countries gave the first three shots of the vaccine at monthly intervals starting at either 5 or 6 months of age, with the last given 18 months or so after the first — around a child’s second birthday. While the initial doses are given at the time other vaccines are administered, the last is not. It was feared that in remote and rural settings, parents might not bring their children back in for a final dose of the vaccine, limiting the vaccine’s usefulness.

Another fear was that parents might assume the vaccine, which only offers partial protection, was more potent than it actually is and as a result, might let down their guard on other malaria prevention measures such as having children sleep under a treated bed net.

Tedros said the pilot program confirmed that the vaccine can be effectively delivered through child health clinics and that community demand for the vaccine is strong. More than 800,000 children have already received the vaccine.

Matshidiso Moeti, the WHO regional director for Africa, said the vaccine “offers a glimmer of hope for the continent.”

The pilot programs also laid to rest some safety concerns about the vaccine that had arisen during the clinical trials for RTS,S, said Kate O’Brien, director of WHO’s department of immunization, vaccines, and biologicals.

Those studies raised questions about whether increased rates of meningitis, cerebral malaria, and an overall increase in deaths among girls were seen in children who had received the vaccines. The trials did not conclude that these concerns were real — the trial investigators felt the signals were due to chance, not causation. But having given the vaccine to more than 800,000 children, it is now clear there is no link, O’Brien said.

It will be up to member countries to carry out implementation of the rollout. And funding will need to be raised to help them do so, said Pedro Alonso, head of WHO’s global malaria program.

While the vaccine does not offer full protection against malaria — and indeed is not as effective as vaccines against many childhood diseases such as measles or rubella — even partial protection can have a big impact on the burden of malaria. WHO experts noted that children who live in countries where the parasite circulates can contract it multiple times a year.

Being repeatedly sick stunts children’s development, said Alejandro Cravioto, chairman of WHO’s Strategic Advisory Group of Experts on Immunization. The SAGE, as it is known, was one of the expert groups advising the WHO on the RTS,S decision.

Clinical trials of RTS,S suggested where used, the vaccine reduces the risk of contracting malaria by 40% and the risk of being admitted to hospital for severe malaria — a development that carries a high risk of death — by 30%. The pilot program confirmed that effectiveness in the field, said Pedro Alonso, director of WHO’s Global Malaria Program.

“It has been a long road, and is extremely exciting to finally be able to say that RTS,S could soon be available – alongside other malaria interventions – to more children across Africa,” Ashley Birkett, head of malaria vaccine development for PATH, told STAT via email.