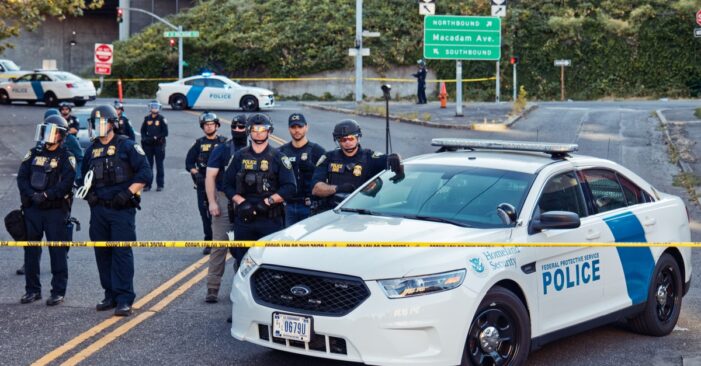 The Biden administration is developing a new identification card for migrants to serve as a one-stop shop to access immigration files and, eventually, be accepted by the Transportation Security Administration for travel, according to two Homeland Security officials.

The initiative is part of an ongoing effort by the Biden administration to streamline processes that have often led to confusion among immigrants who are in removal proceedings – and comes as officials grapple with growing arrivals at the US-Mexico border.

Republicans have seized on President Joe Biden’s handling of the US southern border and slammed the administration’s immigration policies, including downsizing detention and limiting immigration arrests to focus on security risks. The latest initiative by ICE is likely to also field criticism from some within the GOP.

But officials say the card, likened to a photo ID, will facilitate accountability in the immigration process. The card – dubbed a “Secure Docket Card” – is expected to include name and nationality, as well as a QR code to access a new portal with relevant immigration information.

That portal is intended to provide a simpler way for individuals to update their information and check in with federal authorities as they go through the immigration process. The card is expected to also be provided to immigrants in detention.

“Fifty percent of the problems that migrants have in just staying accountable in the process is because we’re not communicating well,” one DHS official said. “People are going to be smoothly, efficiently, humanely working through the immigration process.”

The card can be used as identification but can’t be used to register to vote. Only US citizens can vote. Eventually, the card could also be utilized at airports for travel in the future, the official said. TSA currently accepts some immigration documents as valid identification to travel.

“The ICE Secure Docket Card (SDC) program is part of a pilot program to modernize various forms of documentation provided to provisionally released noncitizens through a consistent, verifiable, secure card. The secure card will contain a photo, biographic identifiers, and cutting-edge security features to the mutual benefit of the government and noncitizens,” an ICE spokesperson said in a statement.

“Specifics of the program are still under development, but a primary goal of the SDC is to improve current, inconsistent paper forms that often degrade rapidly in real world use. Pending the outcome of the pilot, ICE will consider further expansion,” the spokesperson added.

A  from the House Appropriations Committee report mentioned the so-called ICE Secure Docket Card program and the $10 million appropriated to get it off the ground.